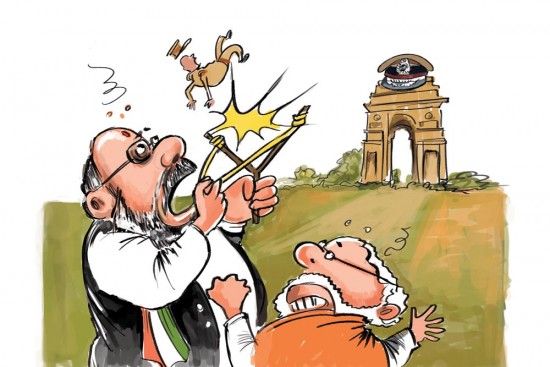 Gujarat
So Near Yet So Far

Why was BJP president Amit Shah so keen to ensure the promotion of a Gujarat police offi­cer to the Indian Police Ser­vice ? It’s a different matter that neither he nor the PMO succee­ded in the effort. N.K. Amin, an acc­used in the Sohrabuddin Shaikh fake encounter case in which Shah too had been an accused, had at one time offered to become an approver.  Grape­vine has it that several Gujarat officials virtually cam­ped at the Union Public Service Commis­sion ( UPSC) office, besides the flurry of phone calls from Shah and the PMO. But while the UPSC top brass caved in, middle-level and junior officials apparently cited rules against it.