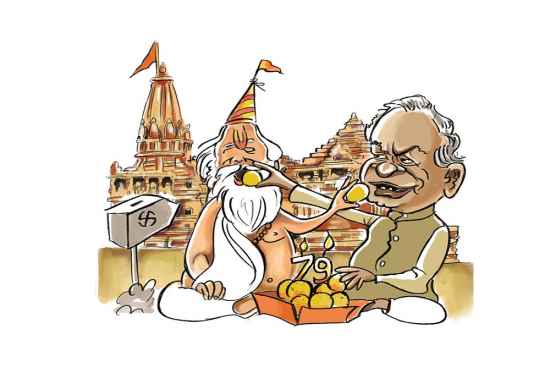 Uttar Pradesh
Never Too Old For A Bash

Most godmen are not known to celebrate their birthdays. Nor is 79-year-old Nritya Gopal Das, head of the Ramjanambhoomi Trust, known to have done so. But at 79, he and his followers have decided to celebrate. Something may be cooking in Ayodhya ahead of the assembly elections. Former CM Kalyan Singh, who during his tenure had acquired land around the Babri mosque for “tourism promotion” and built a platform there for bhajan performance, is pushing 84, and saying he’s out of active politics. But with the OBC leader’s name cropping up time and again as a pre-electoral face of the BJP, all eyes are now on the bash in Ayodhya.