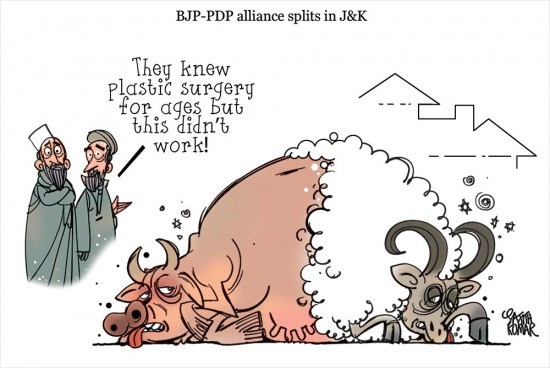 Caught In A Spot

When Nitish Kumar raised the demand of “special status” for Bihar at a recent Niti Aayog meeting, it was seen as posturing to negotiate a better seat share for his party in the 2019 Lok Sabha polls. With JD(U ) in alliance with the BJP now, his choices are limited. Laloo Pra­sad Yadav’s RJD is out for him. Of the total 40 seats in Bihar, the BJP contested 30 in 2014, winning 22. Its allies Ram Vilas Paswan’s LJP and Upendra Kushwaha’s RLSP contested seven and three seats, respectively. The BJP is in no mood to spare many of its seats for Nitish, barring perhaps Patna Sahib and Darbhanga, represented by rebels Shatrughan Sinha and Kirti Azad. Will Nitish be left in the lurch by the BJP before 2019?