For the chosen abode of the Dalai Lama, this burgeoning hill town does have an ego: it wants to be a Smart City. But disasters can be humbling for out-of-control urbanism. 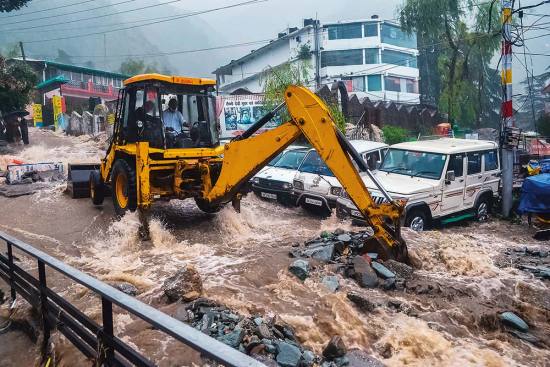 Touristy Dharamshala in Himachal Pradesh was in the middle of two storms this summer. Thousands of holidaymakers from the plains descended on the hill town after Covid cases ebbed, tossing pandemic protocols out of the window. The monsoon arrived soon after and the place recorded one of its worst floods in many years—it rained approximately 120 mm overnight. Storm water charged down the hillsides, taking everything in its path—cars, houses, trees—leaving behind stinking piles of mud-caked debris that permeate this beautiful town in the Kangra valley. Cellphone footage of the horror and havoc circulated widely, and people balked at the fact that this happened in a Smart City—a signature step of the government to create better, planned infrastructure and a cleaner environment to improve the citizenry’s quality of life. Besides, Dharamshala and conjoined twin McLeodganj are the headquarters of the Dalai Lama and his Tibetan government in exile.

Like many people, homemaker Rekha Thakur was rattled by the storm surge. She couldn’t get images of last week’s devastation off her head. She is worried because her family has a house in Dharamshala, built after the town was designated a Smart City. Her anxiety is not ill-founded because disasters like cloudbursts, flash floods and wildfires are increasingly ravaging hill towns that have ballooned in population over the years. These are attributed to unchecked, haphazard construction of houses and roads as well as encroachment of natural water courses.