Muzaffarnagar girls are standing up for their jeans and cellphones 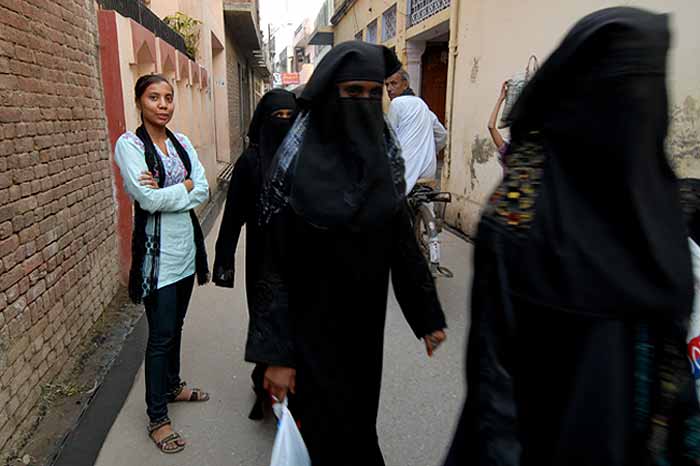 “Come to Purkazi at 10 am,” Rehana Adeeb says over the phone. “We’ll be going on a protest march to the district magistrate’s office in Muzaffarnagar.” The protest is against a khap panchayat’s recent ruling, banning women, especially young and single ones, from using cellphones. Purkazi is about 24 km from the district headquarters, and a mini-bus has been hired for the occasion. Over a dozen young women, most of them in their teens or early twenties, are climbing in with the cheerful bustle of a school picnic. Rehana, an activist who has been working for several years now in a district grown infamous for its ‘honour’ killings—between 10-13 murders of eloping couples a year on average—is making sure the girls are carrying the placards they have prepared earlier. Her NGO, Astitva, tackling mainly women-related social issues, is in a two-room tenement in one of Purkazi’s narrow lanes, where you only see women draped from head to toe in black burqas.

Not all the young women in Rehana’s group own cellphones as yet but they are willing to fight for their right to possess one. As Rehana points out, “There’s not a family here, no matter how poor, that doesn’t possess a cellphone, but they discourage girls from using it. They fear that girls will go astray if they have access to cellphones, ringing up boyfriends, setting up trysts and so on.” Eighteen-year-old Yasmin Khan is one of the few in the group with her own cellphone. It was given to her by Astitva when she became a group leader over a year ago, and she’s willing to go to any length to keep it. It’s a prized trophy, to be defended at the risk of male jeers, ostracisation and open threats. “Somehow the boys in my locality have got hold of my number and they make lewd calls, send me obscene smses and missed calls.”