Bollywood star Vicky Kaushal says when he got the role in 'Udham Singh', he was aware who was Sardar Udham Singh, but his journey and emotional aspect was a revelation to him. 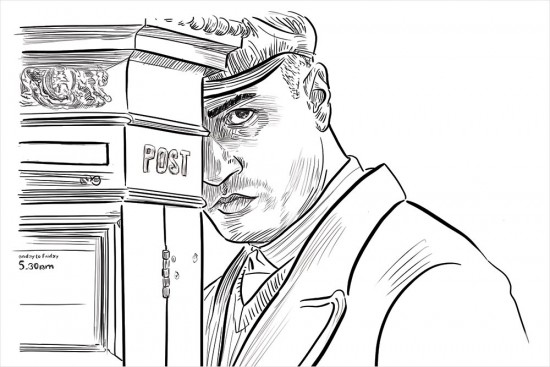 Our Man, Our Hero

Coming from a Punjabi family, I am culturally familiar with Udham Singh. I grew up listening to stories of Jallianwala Bagh and Sardar Udham Singh; I was not just dependent on history books to get knowledge about him So, when I got this role, I was aware who this freedom fighter was. But the journey of this person and the emotional aspect of him was a revelation to me.

When it came to physical preparation, I realised that I had to play a twenty-year-old Udham Singh and a forty-year-old Udham Singh. So, I had to reduce 14 kgs to play the younger man and then had to immediately gain all of that in 25 days to look like a man in his forties. For mental preparation, I had to depend on Shoojit Sircar’s vision, how he wanted Udham Singh to come across to the people. When we generally portray freedom fighters, we show them as superheroes. But here we wanted to make him very humane…we wanted the audience to feel that there is a Sardar Udham in all of us.

A Tribute To Irrfan Khan

There was an immediate sense of honour when I found myself in the spot vacated  by the death of Irrfan Khan. It was a big responsibility to replace an actor of his calibre. In this film, even if I am able to achieve one per cent of what Irrfan Khan would have done, I would feel that my job is done. So, it is my small tribute to Irrfan Khan, an actor whom I love, an actor whom I admire and an actor who left us too soon.

Also, there was so much research material available for the role. I have never come across someone like Shoojit who has studied the freedom struggle and the ideologies of these freedom fighters in so much depth. I was actually lucky to get on board this film.

But shooting for the film, especially recreating the Jallianwala Bagh massacre, was very draining emotionally. It was hard-hitting not only for me, but for everybody in the film. And it was physically taxing as well.

There is a fragment of imagination in the film, but that is only to join the dots. The emotional graph of Udham Singh’s journey was something that was imaginative. That is the expression of the freedom fighter that Shoojit wanted to show to the world. But apart from that, the incidents that took place in the film are based on research and are absolutely true.

The movie was made for the big screen as you can make out from its vast canvas. But, I guess, times have changed very rapidly in the past eighteen months and we all have become consumers of OTT platforms what with all cinemas closed for a long time.

But then, there are a lot of plus points in an OTT release. Because, as Shoojit says, it is not a Bollywood film, it is an Indian film. So, this Indian film needs to reach out to all of the globe and that is possible only through the OTT platform. This film is reaching out to Indians all over the globe because it is important for them to reconnect with our history and realise the sacrifices that have gone into attaining freedom for our country. We needed a platform that kind of allows us to go and reach the audiences.

With a theatre release there is always a pressure that the film is going to go out, say, the coming Friday. With OTT, the film is timeless…even if you don’t feel like watching it today, you can watch it ten days later. That is the kind of freedom OTT platforms give.

Message In The Medium

I will be happy if everybody feels that there is a Sardar Udham in all of us and that’s how humane we have attempted to make him. Shoojit all throughout making the film said that Udham is my friend and he is always with me. And that’s how I want people to feel. We don’t want him to be a martyr in history books that you read and just close the book and keep it aside. We want him to be alive within us.

(This appeared in the print edition as "Udham Singh Diary")

Vicky Kaushal is an Indian actor