Did They Brush By Each Other?

An old allegation from Michel: that Indian and Italian PMs struck a deal. 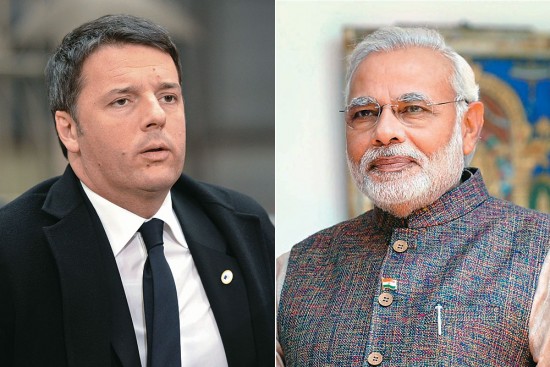 In February, a front-page headline of The Telegraph screamed: “PM offered to trade marines for proof against Sonia”. But it didn’t cause even a ripple: no newspaper followed up, no TV channel moved in for the kill. Clearly, the nation didn’t want to know. Even the Opposition didn’t pursue the report—till it was raised in Parliament this week, and Union finance minister Arun Jaitley was prompted to say: “No such meeting at all has been held.”

But the report was sensational. It said British arms dealer Christian Michel had written to the Permanent Court of Arbitration (PCA) at The Hague that the Indian PM had offered a quid pro quo: release of the two Italian marines facing prosecution for killing two fishermen in exchange for evidence linking Congress president Sonia Gandhi and her family to the AgustaWestland helicopter payoffs. Michel alleged that the trade-off was suggested at a “brush-by” meeting--diplomatese for an unscheduled meeting—of Narendra Modi and Italian PM Matteo Renzi at the UN General Assembly in September last year. At that time, MEA spokesman Vikas Swarup had said he couldn’t deny the possibility of a brief conversation between the PMs but called Michel’s allegations too ridiculous to merit comment.