Zoya makes it pretty clear that her heart beats for women and for overhauling gender roles and expectations. 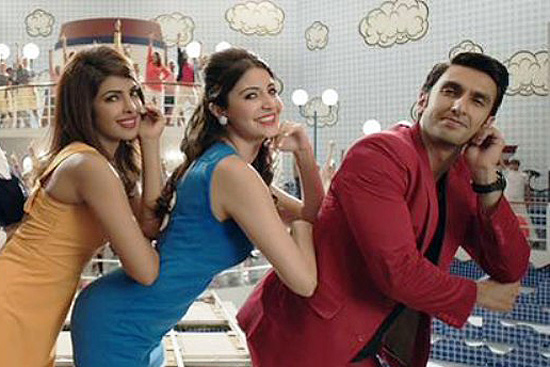 Achhe din seem to continue for women in Bollywood. Right from the early moment in Dil Dhadakne Do, when Anushka asks Priyanka for a dance and they swing together in wild abandon, Zoya makes it pretty clear that her heart beats for women and for overhauling gender roles and expectations. The film offers an array of interesting women. All belong to the affluent strata and hence, presumably, form the creamy, liberated yet superficial layer. Well, not quite. Here we have complicated, flawed women with their unique dilemmas, trying hard to rise above them. There’s Neelam Mehra (Shefali), a wife who lives with the fact that her rich husband has forgotten her and gets by because of his user-friendliness for her. Then there’s a daughter, Ayesha (Priyanka), who is denied her legitimate entrepreneurial bequest by her tycoon parents. She goes ahead and rebels quietly and unobtrusively by making a success of her own business, yet never quite gathers courage to assert herself, is happy avoiding rather than facing up to ugly situations. And then there is a free bird, Farah (Anushka), who ditches all domestic expectations to make a living by dancing on a ship and sailing the high seas; who derives happiness from her work, be it being a waitress or a bartender. Our ‘women’s’ films have traditionally been about tragic, sacrificial, scarred women. It’s a welcome relief then to see women, warts and all, rather than just manicured mannequins. A couple of men turn out as interesting, be it an embattled rich man Kamal Mehra (Anil) or the son and the heir Kabir (Ranveer), who wants to fly planes rather than wallowing in the family business. It only helps that the entire cast is in fine fettle, specially the likeable, energetic Ranveer, the rock-solid Anil and Shefali and Priyanka and Anushka.