The Centre shifts to DBT as a mode of payment at mandis. Punjab retaliates by stopping farmers from other states. Where do the wheat farmers from HP’s Kangra and Una go? 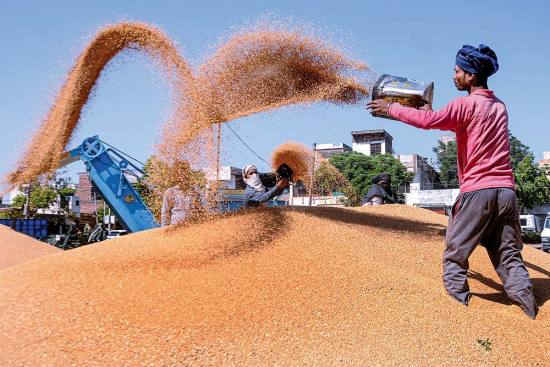 For years, hund­reds of farmers in the Himachal Pradesh districts of Una and Kangra had unrestricted access to mandis in neighbouring Punjab for selling wheat and paddy. But the doors have now been slammed shut. With the Centre making MSP payments solely in the Direct Benefit Transfer (DBT) mode, farmers from Himachal faced rejection at the mandis in Punjab for the first time and had to return disappointed. “They asked us for Aadhaar card details and papers to prove land ownership in Punjab,” says Dwarka Nath, a farmer from Una. “We told them we were natives of Himachal Pradesh and our lands are adjacent to the lands of farmers across the border in Punjab. They refused to take our produce, saying mandis in Punjab are meant only for residents of the state.”

The Himachal minister for agriculture and panchayats, Virender Kanwar, is a native of Una. He admits that arthiyas (mandi agents) in Punjab are not allowing farmers from other states to sell their seasonal produce. “This is because the Centre has implemented DBT. In ­retaliation to the Centre’s move, arthiyas and the government of Punjab have stopped cooperating with farmers,” the minister adds. Punjab police, say media reports, have set up checking points on the inter-state border to stop the movement of wheat from Himachal.