The government wants to erect a licensing regime which would approve and license all maps of India. 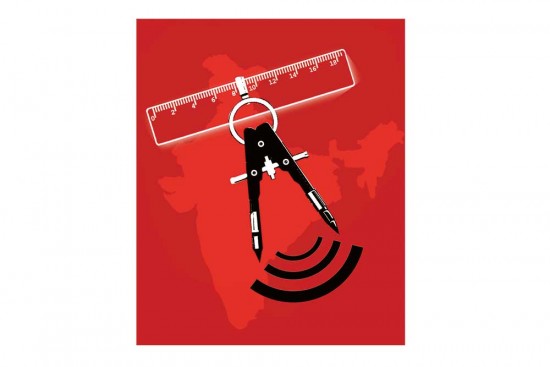 India’s paranoia in terms of national security is beginning to resemble the actions of an insecure banana republic. First, we had the arrest of ten Muslim youth on charges of being Jaish-e-Mohammed terrorists, only for them to be released a day later. Last Monday, the government came out with a rid­iculous order regarding the depiction of a map of India. The government ann­ounced that an incorrect depiction of the map of India could land violators in jail for a seven-year term and a fine of up to Rs 100 crore. Draconian is a rather ­appropriate description. The Union home ministry attempted damage control by saying it was open to suggestions from the public but the fact that the government has come up with an actual bill—the Geospatial Information Regulation Bill—to be placed before the cabinet shows that considerable work (if not thought) has gone into its formulation. While the level of punishment seems bizarre, no less so was the home ministry’s explanation; that it was meant to counter stalking by regulating access to the location of a person mapped by GPS-based services.

The real reason is quite obvious. The bill’s hasty preparation in the Union home ministry comes against the backdrop of cases where ­certain ­social networking sites have showed Jammu and Kashmir as disputed territory and Arunachal Pradesh as part of ­China. This has also been done by certain foreign publications sold in India. Recently, Twitter had shown the geographical location of Jammu in Pakistan, triggering protests from the Indian government. Twitter recanted. Indeed, the real target of the draft bill seems to be the giant search engine, Google. Under the provisions of the Bill, Google will have to apply for a licence to run Google Maps or Google Earth in India. There are also a number of private GPS devices fitted to cars, including Map My India, Garmin and SpyIndia, providing similar services. Under the draft bill, the government wants to erect a licensing regime which would approve and license all maps of India. This includes everything from school atlases to the GPS-enabled services used by Uber and Ola cabs. If this is made into law, the baby is sure to be slung out with the bathwater.