The trademark, heavy-lidded intensity of Ajay’s Vijay is too casual and throwaway instead of powerful and impassioned. 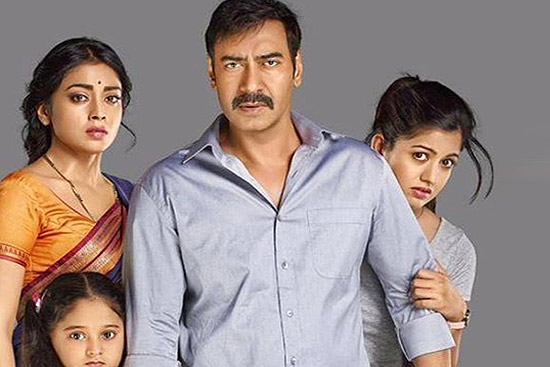 Too much of anything can be bad. After having watched the original Drishyam in Malayalam and its Tamil version, Papanasam, there is nothing much that could hold my interest in this latest remake, in Hindi, largely because Nishikant Kamat doesn’t bring anything uniquely his own to the film. In remaining faithful to the Jeethu Joseph film, his remake also gets lacklustre and mon­otonous. However, if you are totally ignorant about this blockbuster franchisee, you might find the goings-on engaging, if not exactly riveting. It will help add­itionally if you get into the cinema hall without having read Keigo Higa­shino’s The Devotion of Suspect X, the book from which the films have taken their basic premise—of an unknowingly committed crime and clever cover-­up, the perfect alibis, the confusing evidences and the mind games.