Bhutan is swearing by happiness. But is it such a good thing? 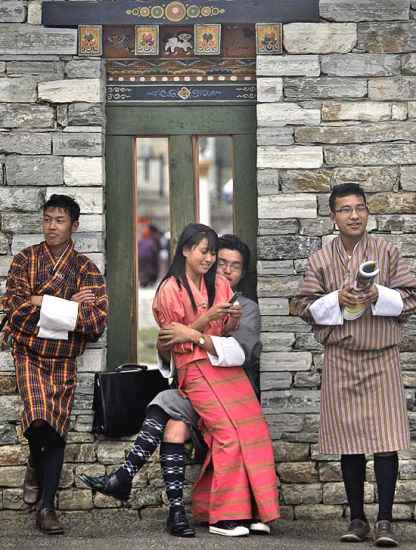 The pensioner couple from Arkansas, US, on the Drukair flight from Delhi to Thimphu are excited about their first trip to Bhutan. “It’s the last Shangri-La on earth; we wanted to see it before it disappears.” But nothing annoys Bhutanese intellectuals in Thimphu more than hearing their country being called a Shangri-La. Unless it’s to hear their prime minister Jigmi Thinley claim that they are a happy nation. At the opening of Bhutan’s first-ever literary festival—Mountain Echoes—last fortnight in Thimphu, Thinley told a sceptical audience of Indian and Bhutanese writers and journalists that an overwhelming 97 per cent of Bhutanese are happy—45 per cent very happy, 52 per cent happy and the remaining three percent “not very happy”, citing an official survey conducted five years ago.

It’s a tall claim to make even for a little mountain kingdom that emerged after millennia of isolation with a brand new concept of development: Gross National Happiness (GNH). The concept was invented by King Jigme Singye Wangchuk in 1972 to explain his alternative development strategy where material growth is balanced with cultural, ecological and psychological well-being. Now, GNH has not only triggered a worldwide movement but also become Bhutan’s greatest usp—advertised everywhere, from T-shirts to tourist brochures, fuzzily understood but much expounded. The problem with GNH, as Centre for Bhutan Studies president Karma Ura says, is that everyone has their own ideas about it—“from lamas, cut-throat businessmen, bureaucrats to mike-loving politicians.” 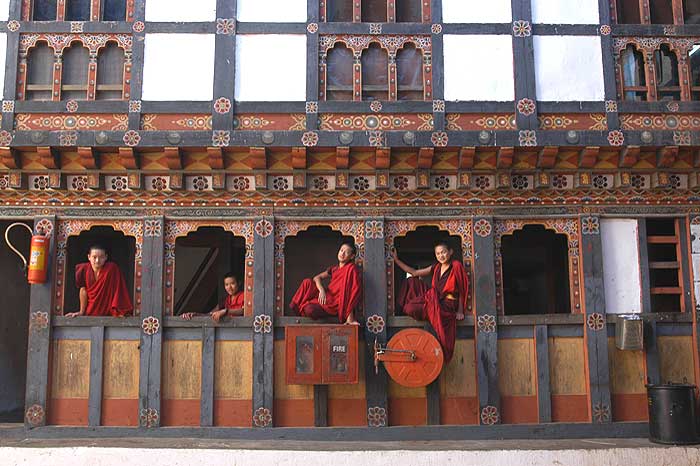 Monks at a Thimphu monastery