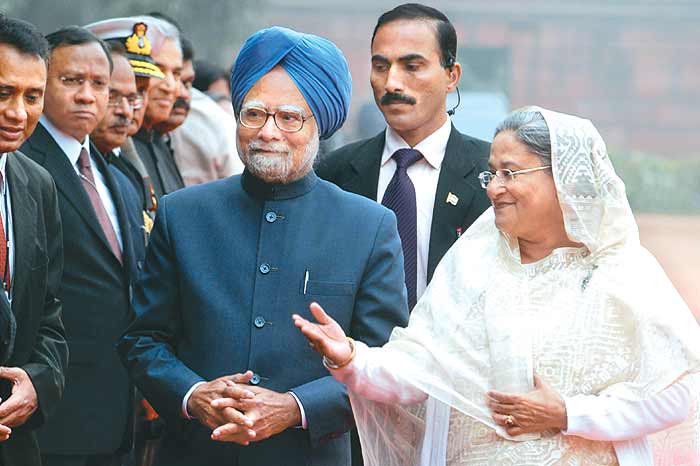 In the prevailing ambience of acrimony and suspicion among countries in South Asia, there’s likely to be a piece of news, slated to be announced during Prime Minister Manmohan Singh’s visit to Dhaka on September 6, that would count as a ringing endorsement for a humanitarian approach to foreign relations and establishing good neighbourly relations. Finally, after 64 years of dithering, about 55,000 people living in 111 Indian enclaves in Bangladesh and 51 Bangladeshi enclaves in India, spread over a band of 100 km, will be recognised as citizens of a nation-state and enjoy the attendant benefits. Till now, they had been “non-citizens”—making them ineligible to benefits like health, education and police, that a state apparatus normally provides—and had to break the law regularly to survive.

To begin with, enclaves (or ‘exclaves’) are defined as territories belonging to one country but lying in a neighbouring country. There are many interesting stories about how the 162 India-Bangladeshi enclaves came to be formed. One legend has it that these enclaves or villages were used as wagers in a series of chessboard games between the maharaja of Cooch Behar, India, and the subedar of Rangpur, now in Bangladesh. The subedar’s loss, say, provided the maharaja ownership of a village embedded in the former’s turf. Another legend says the enclaves emerged during the war between Cooch Behar and the Mughals in the 18th century, perhaps as a consequence of the vanguards making inroads into the enemy’s territory and establishing pockets of control.