A grain that is no longer being cultivated in the mountains of Himachal Pradesh, thanks to the apple economy 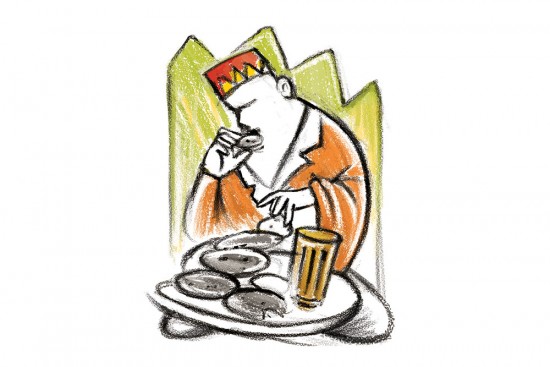 There’s a Godhra of another kind. The one that you should have heard of—it’s a grain that is no longer being cultivated in the mountains of Himachal Pradesh, thanks to the apple economy. While it’s no secret that apples need tonnes of pesticides to grow, they are still consumed thanks to their rep of being able to keep the doctor away. The real stuff that keeps the doctor away, the Godhra, was the winter grain, grown alternatively with the native makai or corn. The unique thing about Godhra is that it’s a black grain, raw mat­e­rial for beautiful rotis that go perfectly with chai. The traditional meal in mountain communities is not breakfast, but brunch, called ‘clar’ in Himachali.

The fact that Hima­chalis are no longer having this black roti for brunch any­more and have shi­fted to chai with biscuit is a tragedy. On the scale of the giant whale that washed up on Juhu beach because of grievous wounds inf­licted by large fishing trailors. Economy cannot come at the cost of ecology and if it does, it comes at the cost of losing health.