Superstar Shah Rukh Khan has grown beyond the confines of Bollywood and India to find fame and fans worldwide, writes Beth Watkins. 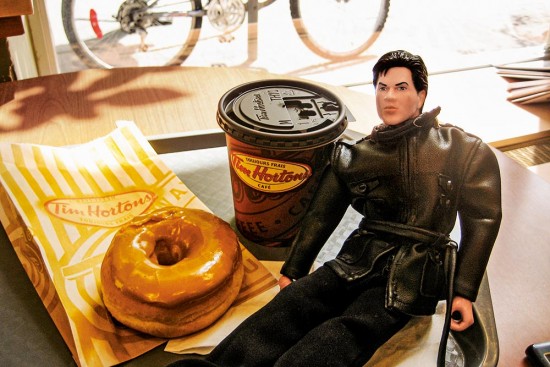 Shah Rukh Khan doesn’t know it, but he watches over me. A Swades poster hangs in my living room, a cover from Filmfare of him in a tuxedo is on my fridge, and a print of a hand-drawn image of his face peeps out from the bulletin board behind my computer at work. What better companion could there be to a foreigner in the wonderful and wild land of Hindi cinema?

Specifically, as an American, maybe I find that his personal myth aligns with the national myth of the individual who succeeds because of their own hard work and determination. At the cultural level, this narrative is facile historically and deeply harmful contemporarily, but it’s still powerful as a personal narrative. Everyone knows these basic facts about SRK: he came from Delhi, he did theatre in university, he arrived in Mumbai with little but dreams, and he quickly became one of the biggest stars in Hindi cinema and eventually the world. No matter what critiques are leveled at him, the fact remains that he has earned his place through his own knowledge, hard work, and wise choices. His outsider status and pursuit of opportunities are relatable to anyone without a foothold in nepotistic networks, even though his success is unlikely to be replicated.

He has a knowingness about him. He is consistently the most articulate of the major stars in interviews and sounds like an actual adult who has put effort into making sense of his exp­eriences. He also knows how to make his ideas and persona intelligible to the press outside of India. I don’t think it’s important for all celebrities to be understood outside of the culture they arose in—for example, I remain utt­erly unconvinced by whatever Priyanka Chopra is trying to make herself into in the US, nor do I know anyone who cares about her who didn’t already know her earlier work in India—but it is a type of media and cultural savvy that SRK obviously cares about. No matter how much I learn about Indian film or Indian culture and history, I will never attain native fluency, so there will probably always be certain film stars whose appeal, whether on screen or off, I can never fully comprehend. SRK is accessible to me. His words, his energy, and his charisma speak to me perfectly.

When I think about national symbols in an SRK film, the dominant image is actually the American flag in the song Pretty Woman in Kal Ho Na Ho.

Even with that international appeal, in my 15+ years of watching Indian films I have learned about India from him as well (or at least some slice of it). For a particular set of movie-goers, stalking still does equal love. A self-made mythology is possible in the world’s largest democracy. Emotional expressiveness can still speak more meaningfully than bashing and bombast. You can be publicly forgiven for slapping your friend’s husband if you are widely beloved and your friend’s husband comes off as the kind of guy who probably deserved it.

More than any other major film hero of his generation, he is interested in being an actor. When you’re new to watching Bollywood, you don’t know the masala formulas yet, so you do not have that knowledge to help fill in what a film and its players are trying to do. You rely only on what’s in front of you in the particular film you’re watching, and Shah Rukh is always giving you something to watch. You may find it hammy or bizarre or even ineffective, but he is putting in the work. The hosts of the Khandaan Podcast, which has over 100 episodes exploring the filmographies of SRK, Salman, and Aamir, often talk about how Shah Rukh loved to get physical and bloodied in a fight in his 1990s films. For some men, flinging themselves on to the ground snarling and torn would signal weakness. For Shah Rukh, it was another way to show what he could do, and he did it with gusto. Nobody loved the fake blood in his teeth like SRK. 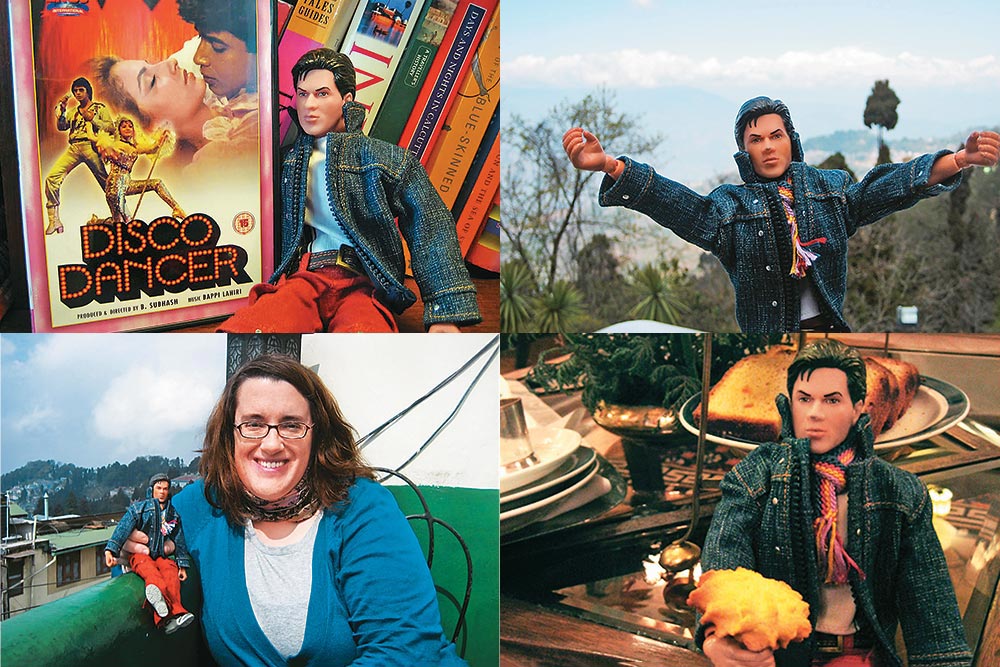 A Passage To India

The author with her SRK doll in Darjeeling.

In addition to stage and TV in his early car­eer, there are the delightful if weird films like Maya Memsaab and Oh Darling! Yeh Hai India! That love of acting and eagerness to try different things is still evident in most of his films, especially in the last decade, when each of his choices seems to go in a different direction. He hasn’t found the formula that consistently creates ticket sales or critical praise as a middle-aged leading man, but I would much rather watch one of his experiments than another slight twist on the messiah or man-child that some of his peers have settled into. He’s willing to risk being interesting. And because he’s signed uncountable endorsement deals and div­ersified how he earns his money in his chosen industry (most notably Red Chillies Entertainment’s work in visual effects, production, and distribution), he can afford to take risks. Strategy and success are not unattractive.

That love of acting and eagerness to try different things is still evident in most of Shah Rukh Khan’s films, especially in the last decade.

My favorite of his thoroughly post-romantic-Raj/Rahul films is Fan (2016): would any other major star have taken on a schizophrenic soliloquy for over two hours, in which they must loathe and attack— and thereby question—their own image? And even if they wanted to risk it, were they capable of such a performance? He dug into today’s dystopian world of celebrity, and the popular media that has haunted him is depicted as complicit. As one image of a star is created, promoted, distorted, and destroyed, another one quickly takes its place. Who would know this cycle better than someone who has built an astonishing career amid this system and maybe even despite it, eventually observing our fanaticism from his perch near the sea? Even when his films don’t connect at the box office, he still sees us for who we are. Fan is the modern counterpart to Satyajit Ray’s exquisite Nayak. An examination of crises of fame in 1960s India could only have been made with Uttam Kumar, and in the 2010s it could only have been made with SRK.

Also helpful on the global stage: very few of his films are jingoistic. While certain kinds of bold-strokes patriotism are recognisable outside of the culture they were made in, most jingoism doesn’t translate effectively on the emotional level. I would probably argue that Chak De! India is his most patriotic film, and even there the sentiments for Indian victory are prescribed within athletics (rather than war), ass­igned to a pan-Indian team that actually bothers to address the stereotypes different reg­ions have about each other, and achieved largely by young women. When I think about oversized national symbols in a Shah Rukh film, the dominant image is actually the American flag in the song Pretty Woman in Kal Ho Na Ho (2003), a concoction of American musical forms and visuals set in a fantasy of New York City. No wonder we like him: we wish that harmony in contemporary America was as easy to enact as the fleeting multicultural pastiche that his pied piper creates.

(This appeared in the print edition as "The Global Hero")

Beth Watkins has been writing about Hindi cinema since 2005 at www.bethlovesbollywood.com. Her most recent publication is a chapter in the anthology Bollywood Horrors: Religion, Violence, and Cinematic Fears in India.