Why Annu Kapoor calls himself 'unsuitable, unfit and ugly' for the entertainment industry 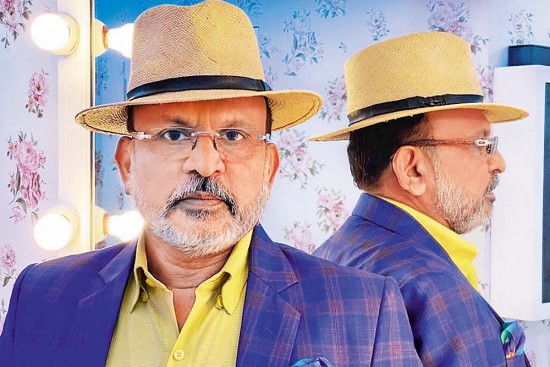 Talking to Lachmi Deb Roy about his four-decade-long career, funnyman, actor, singer, director, producer and TV presenter Annu Kapoor describes himself as “unsuitable, unfit and ugly” for the entertainment industry, but “unmatchable” too. Excerpts:

Your role in Chehre…

I play a Punjabi from my father’s side. Giving a little Punjabi twang to the accent of my character, advocate Paramjit Singh Bhullar, was a delight.

How you prepare to fit into new characters

Playing different characters every day is a difficult proposition for any actor. Hence I chose to concentrate on the character’s dialect or accent, which helps my performance to stand out. My travels to different regions, villages and towns of north and central India have allowed me to pick up different dialects, accents and tones.

Playing different characters every day is a difficult task, so I focus on dialects or accents, which helps my performance to stand out.

My mother was a Bengali who was encouraged by my father to learn Urdu. Not only did she learn that, she also picked up Persian and Arabic. She was blessed with the talent to learn local dialects and accents easily. She became fluent in Marathi, Punjabi, Hadoti, Bundelkhandi, Malvi, Gujarati, etc. She has studied the Vedas, Upanishad, Bhagwat Gita, Torah, Bible and Quran, and taught many pupils, including maulanas, often correcting their pronunciation. I’m just trying to carry forward my mother’s legacy. I have used Haryanvi, Himachali, Punjabi, south Indian languages and even Braj Bhasha to add flavour to a role, and carve out a special place in the hearts of the audience. I do my job with utmost sincerity and to the best of my ability, and then move forward.

I’m unsuitable, unfit and ugly for Bollywood, but also unmatchable. This is my 40th year in Mumbai and I have always stood tall with honour and dignity.

There are deep wounds in my heart which I have hidden from everyone. Not knowing how to describe the agony of my losses, I just about saved my conscience and dignity, that too with great difficulty.

We keep seeking happiness, but our lives are full of misery and suffering. There are brief flashes of happiness but everything disappears in a final epitaph. Life is always grey. Religion brings belief, which acts as a sedative. No philosophical tradition has been able to solve the conundrum: Why are we born to suffer? Kuchh na tha to khuda tha kuchh na hota to khuda hota mitaaya mujhko hone ne na main hota to kya hota.

Your first love: singing or acting

Acting is my profession. Music is my passion.

Lessons from the pandemic

Survive the alienation, build resistance, power and immunity, don’t be complacent about Covid and follow prescribed protocols, because the greed of expansionism has destroyed the world.

Being a conscious consumer

Fulfill your responsibility towards family, society and country. Create your own brand using your unique aesthetics. Money is not everything, but it’s one of the most important and powerful things. Someone once said, “Dukh mai saab rote hain, lekin Rolls Royce mein baith kar rone ka mazaa kuchh aur hi hai Bhai.”