Veteran actor Amol Palekar talks to Eshita Bhargava about his film '200 Halla Ho' and his journey in the industry. Excerpts: 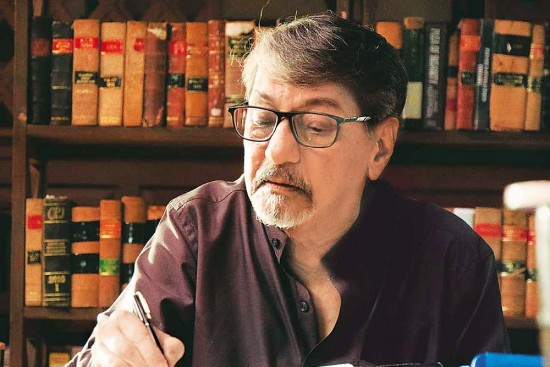 The 1970s saw the explosive emergence of an angry young man, led by Amitabh Bachchan. Then, there was the diffident youth negotiating the realities of middle-class existence—Amol Palekar. Palekar’s career straddles theatre, art, television and cinema. He trained as a painter at the JJ School of Art in Mumbai and started directing plays in the late ’60s. In 1971, he made his film debut in the Marathi film Bajiraocha Beta; his Bolly­wood career took off with Basu Chatterjee’s Rajni­gandha in 1974. In an interview with Eshita Bhargava, the 76-year-old talks about his film 200 Halla Ho and his journey in the industry. Excerpts:

What made you decide to ret­urn to the movies? We saw you last in 2009’s Samaantar, which you also directed.

Well, didn’t you notice the long gap between Khamosh (1996) and Samaantar? Not wanting to do one-dimensional characters has been the driving force in choosing films. It is not a ‘return’. Even at the beginning of my career in early ’70s, I wanted to explore different shades of characters, not the generic do-no-wrong hero. In my debut film Rajnigandha, I played a young extrovert who does not say “I love you” even once and keeps blabbering about office politics. I portrayed a shy introvert in Chhoti Si Baat. In Bhim Sain’s Gharonda, I played a lover who suggests to his girlfriend that she should marry her rich boss. Shyam Benegal’s Bhumika, Bharathi Raja’s Solwa Saavan, Kumar Shahani’s Tarang, Tapan Sinha’s Aadmi Aur Aurat…all roles offered comlpex shades.

200 Halla Ho uncovers the shocking circumstances which led 200 women to take a drastic step to seek justice. Tell us something about it.

What attracted me to this script was that it is based on true events. In Indian cinema, issues of caste have remained invisible, barring exceptions like Achhut Kanya, Sujata, Ankur, Bandit Queen and recently Sairat and Fandry. Even when the subject deals with caste, the focus remains on oppression or a love angle. This theme went beyond stereotyped social victimhood of Dalits and women.

Tell us something about your character in 200 Halla Ho.

The theme is of the march tow­ards justice. The character of a retired Dalit judge is multi-layered. He has been successful due to his integrity and brilliance. He swears by the Constitution and is proud that his judgments are not clouded by caste, creed or rel­igion. Above all, Justice Dangle does not remain a bys­tander. This touched a chord in me. I was apprehensive of the routine criticism that an upper caste actor was chosen for the role of a Dalit judge. But the producers ins­isted on casting me.

How was it working with act­ors of this generation?

‘For 200 Halla Ho, I was apprehensive of the criticism that an upper caste actor was chosen to play a Dalit. But the producers insisted on me.’

‘Stars’ arriving late on the film sets had become a norm during ’80s. I abhorred practices like dialogues being alt­ered, scenes being re-written on the spot…. I report on time and am perfectly happy if a scene is visualised by a director, with my back to the camera. Today’s actors are like a breath of fresh air. Their eag­erness to perform is evident. Good that the monopoly of stars has diminished.

Has the film industry changed in any way?

Film-making has undergone a sea change. I have been privileged to witness the transition from Mitchell cameras to Arriflex, from Moviola to Steenbeck editing and from the physicality of film reels to digital technology! The process has become easier. Less precision can be easily circumvented. Editing tables and colour labs are more crucial than the actual shooting. But acting skills or lack of it can still be exposed.

Do you think cinema exp­loited your talent enough?

Frankly, any system prefers the status quo; non-conformists are discriminated against. I was a misfit in the prevalent norms of the industry. I kept on setting my own rules and yet was a successful hero. Had I not been choosy about scripts, many more films with lead roles would have happened. My defiance was not liked. I was criticised for opting for a villain’s role in Bhoomika when offered to play the hero. I had three back-to-back super-hits then. Roles with negative shades appealed more—Gharonda, Tarang, Agni-Pariksha, Adami Aur Aurat.... I also chose to work with first-­time directors or producers. Often I worked for savva rupaiyaa as fees in experimental films. I knew their bleak commercial prospects. In my debut film as director, in Akriet (1980), I cast myself as a corrupt, womanising village head; in Ankahee (1985), I played the manipulative man who dumps his lover. Throughout my directorial career, I made non-mainstream films: Thodasa Roomani…, Banagarwadi, Dhyaasparva/ Kal Ka Aadmi, Anaahat, Thaang/Quest, And Once Again, Dhoosar…. 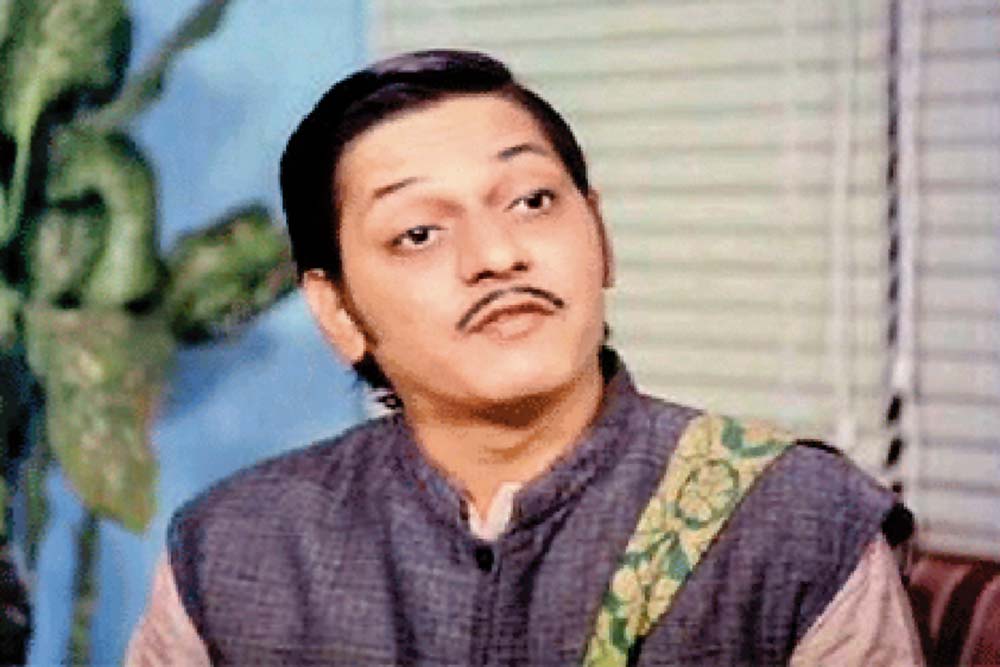 Why did you make the very mainstream Paheli (2005), with Shah Rukh Khan and Rani Mukerji? Were you acc­used of being a sellout?

I do projects exactly the way I wish to. I had seen Mani Kaul’s Duvidha but disagreed with his depiction of the fem­ale protagonist. I interpreted the original story as a woman’s fantasy and wished to project her emancipated avatar. Since it was to be a fantasy, the glossiness and grandeur were commensurate with my interpretation. The usage of a sutradhars through the voices of Naseer and Ratna, the special effects, the songs gave the film a nua­nced lustre. Paheli was critically acclaimed and was not considered a ‘mainstream’ film. In that sense, I could not have been a sellout.

200 Halla Ho is releasing on Zee5. What do you have to say about OTT platforms?

OTT platforms have given a tremendous boost to all kinds of content and have nurtured talented artists. No producer would have backed 200 Halla Ho if it was to be released in theatres. I congratulate Zee for handling this subject.

You are loved by every generation. How does that feel?

Yes, I feel very special when a 20-year-old approaches me when I am abroad. I receive emails from across the world praising my roles. I am grateful to all those directors, music directors and singers who made it possible.

Why don’t you capitalise on your popularity? Some of your peers are hard at work, like Amitabh Bachchan.

Honestly, I am very lazy and choosy. When I felt challenged by the idea of a 90-minute-long solo performance, I did Kusur at age 75. I performed all over India. Unless I feel compelled, it’s hard for me to be motivated.

You have spoken out repeatedly against censorship. What do you have to say about OTT censorship?

Because of my non-partisan perspective, I remain free to take anti-establishment stands. I challenged the new IT rules—it will soon be heard by the Supreme Court—as it adversely impacts artistic rights of OTT platforms and acts as a deterrent censor board. The new code of ethics asks publishers to exercise ‘due caution’ when publishing any content. Fearing the axe of the inter-departmental committee, the publisher will block content. It is bound to have a chilling effect on artistic freedom.