Bollywood star Nawazuddin Siddiqui says he doesn't believe in competing with anybody but himself, and doesn’t want to become a star but be recognised for his craft. 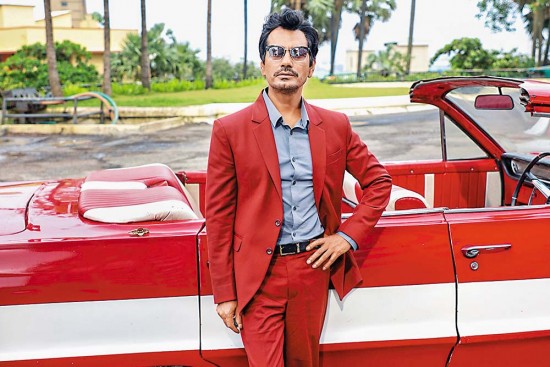 Nawazuddin Siddiqui talks to Lachmi Deb Roy about being nominated as Best Actor for Serious Man at the International Emmys 2021, his journey in the industry and about working with Sudhir Mishra. Excerpts:

On the Best Actor nomination for Serious Man

I am very happy, as it vindicates my choice of films, which is very important as an actor. I don’t bother if my film is a box office hit or not. I concentrate on good work and good content.

On being an actor, not a star

Awards and nominations give an actor the confidence to do even better. I don’t believe in competing with anybody but myself. I don’t want to become a star, but be recognised for my craft. If I start treating myself as a star, I’ll enter a comfort zone and won’t want to come out of it. But I like to experiment with the kind of roles I’m doing now, and want to continue as an actor who is open to discovering new acting techniques and challenges. It’s what keeps me alive.

Awards and nominations give an actor confidence to do better. I don’t believe in competing with anybody but myself.

Sudhir Mishra’s perception of life is very interesting. The best thing about him is he’s not biased. He has an open mind and is open to suggestions. I have noticed that as he grows older, his approach towards life is getting younger. He has so much knowledge of cinema and life that whenever I get to act for him, I completely surrender myself. I present myself before him as a kora kagaz (blank sheet) and ask him to fill it up. I feel if I start doing things on my own and not listen to his instructions, I’ll reach a comfort zone. And I don’t want that to happen. From my experience in the industry, I have seen that the moment I surrender myself to the director, it works best for me because I believe he knows what’s best for me.

Preparing for the role of Serious Man

I did not prepare for this role. I was doing a love story in Rajasthan. The moment it was finished, I went straight to Sudhir Mishra’s sets. Everything happened on the spot. I was confident that since it is Mishra’s film, he will take care of everything. The preparation of the character started on set, and I followed my director like an obedient student.

How much liberty was taken with Manu Joseph’s novel?

The novel is huge, but its essence was incorpo­rated by the filmmaker. I play Ayaan Mani in the film. Mishra made sure we hold on to the characters well and follow their mannerisms. Do keep in mind, though, that a novel and a film are different art forms, and to whittle down the novel’s esse­nce in two hours requires a lot of effort.

Your journey in the film industry

I’ve got much more than what I expected from the industry. I never had a dream of becoming a big actor. My only wish was to take up acting as a profession, be it in theatre or the big screen. But I always told myself that no matter how small my role is, I must do it with dedication and honesty.

Characters with shades of grey are the real characters. No human is black or white. So I always choose roles which have shades of darkness in them.