Performers’ safety can only be ensured through street cred and holding organisers accountable. 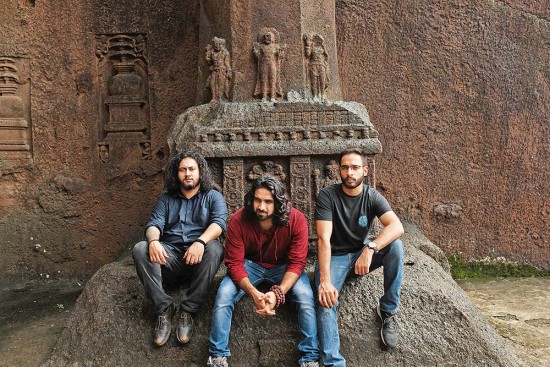 Ever since Bhopal-based musician Samar Mehdi gave a detailed account of how he was heckled, catcalled and threatened with empty beer bottles being waved in his direction by a section of rowdy, drunk men at a posh pub in Delhi, several musicians have not only issued statements in support of Mehdi, but also spoke up about similar situations when they, too, have faced abuse and insult while performing at venues such as a pub or a restaurant.

From being threatened with guns, knives and liquor bottles to being roundly booed just because they dished out genres of music other than the tinny abominations of mainstream pop—Indian artistes are used to being the object of these unlovely demonstrations from audiences.

“I remember this was during my Cyanide days…we were in a pub in Calcutta, and towards the last song, some loutish men actually took out knives and said that if I stopped playing they’d stab me!” recalls Rohan Solomon, a Delhi-based popular Indie singer- songwriter and music producer.

Solomon is hardly the only one to have had an experience like this. Popular singer-rapper Raftaar recalls being threatened by guns and knives too during the early phases of his career. “Yes, it has happened at my shows as well. I have had had guns being fired, and bottles being thrown at the stage for a variety of reasons,” he attests.

A majority of the artistes feel that these happen primarily because of their wide acceptability over decades, with such heckling even being considered a ‘rite of passage’ for an artiste to endure to eventually have a successful career in music—a hazing ritual for acceptability in a man’s world.

“It has been normalised. I mean, people just don’t get that difference between a live artiste and someone who is just an in-h­­ouse DJ. They think, ‘we are paying money, so we can ask them to play whatever song we want them to play, and they have to play it’. And because it is so common, even musicians just treat it like ‘oh, another bad gig’. I have tried to write about such incidents myself on social media, but then I didn’t, because I feel no one would even talk about this,” explains Varun Rajput, the composer, vocalist, guitar player and founder of the popular indie rock project Antariksh. 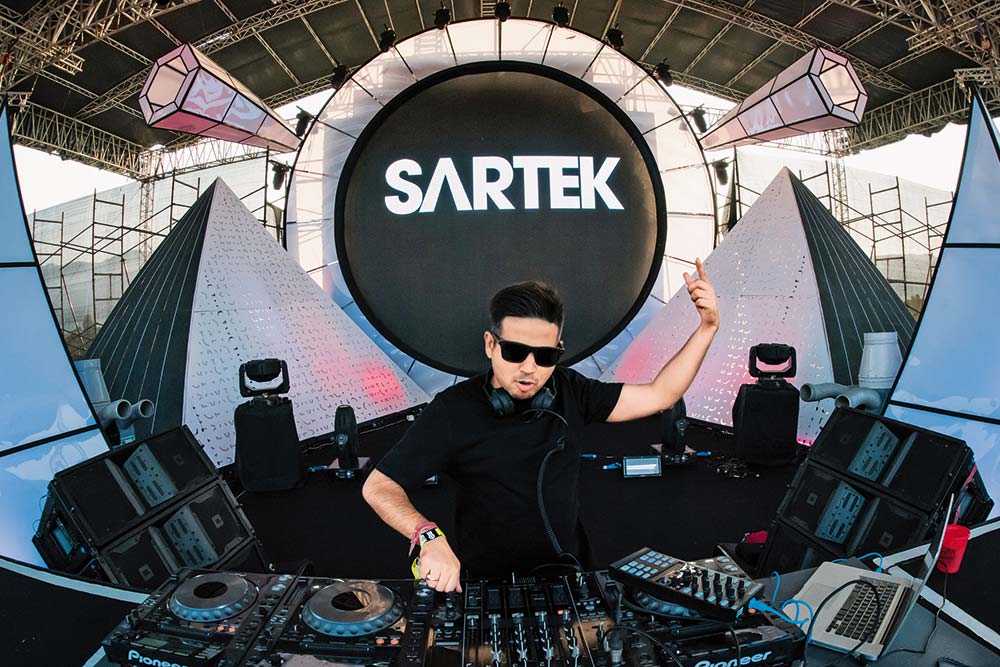 However, while Rajput feels that such persistent abuse probably are more directed towards musicians who play an instrument, DJs, too, have faced similar behaviour. In fact even worse, since it is assumed that a DJ has access to all the songs that an audience can think up just at the wilful push of a button.

“I remember many years ago, someone from the audience came up to me and paid me Rs 50 to play a certain song. I took that, and I didn’t play his song. After the show got over, he came after me and asked me to return the money. He clearly did not understand how such things work, and assumed that I would play his song because he paid me Rs 50,” recalls DJ producer Sartek.

But while that badly curdled sense of entitlement persists and it is an established norm that indie musicians on the fringes of popularity have to take such dispiriting incidents in their stride while performing live, many, including musicians themselves, feel that artistes need to able to manage events on their own.

“People see me and my turban and they think I will sing Punjabi songs,” says sin­ger-songwriter Vineet Singh Hukmani. “So, when someone says bhangra or Punjabi or whatever, the drummer in my band plays a bhangra beat for a few seconds and then we start playing our rock music. The idea is to be able to handle situations and not make it an us vs them kind of issue. If you convey the message that you are there for your audience, you can avoid such incidents,” he adds.

Raftaar concurs. “This sense of entitlement comes from the fact that everyone as a kid saw their father behave rudely with a clown who had come to entertain kids at a party. So it is not going to go away. As an artiste you need to be aware and adapt to the situation. If I see some people at a table who I think might create a problem, I’d send a bottle of champagne straight to them and ask the waiter to tell them that I have sent it. There you go, you have already taken care of a situation,” he says.  “Of course, I am not saying every artiste can afford that, just that artistes need to be tactful in such situations and, you know, not let it get to them,” Raftaar adds. 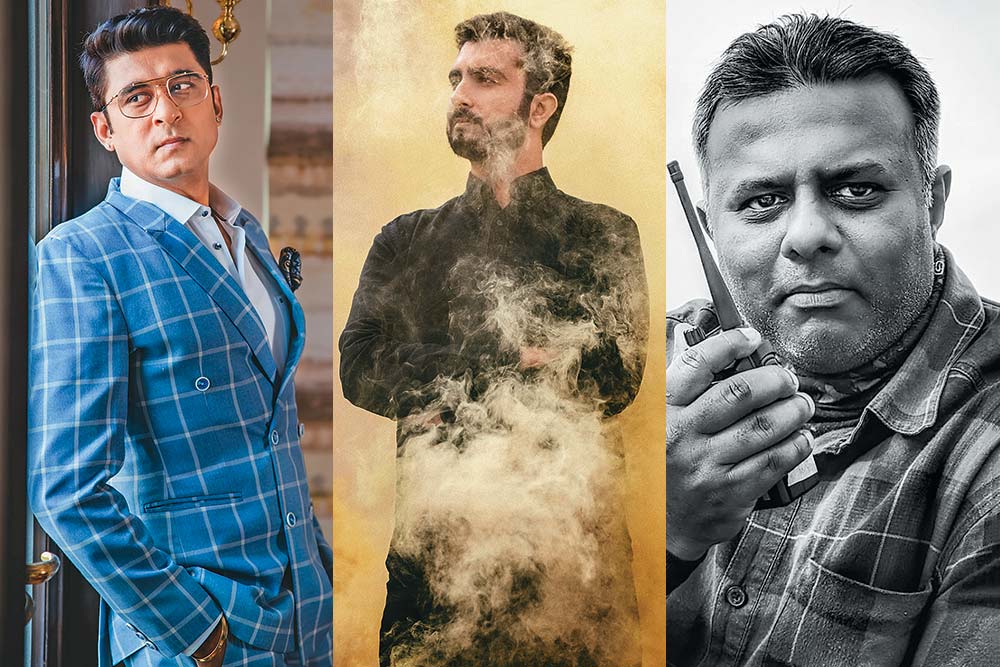 Such pandering to unr­uly elements at an event—a practical ruse, undeniably—for the sake of maintaining the equilibrium needed to perform cannot be a foolproof solution. Organisers and event managers too, need to be made aware of a musician’s rights, and that’s probably the failsafe way to avoid such incidents.

A tech rider helps musicians to expect accountability from organisers.

“It has to be the responsibility of the event manager, or whosoever organises the event, to ensure artistes’ safety and to make sure unsavoury episodes don’t happen,” says Aditya Mohanan from the metal band Midhaven. “I rem­ember so many incidents during our shows, when the person handling the sound mixer was doing it for the first time in his life. Things like that, and the entire haggling process with organisers…god save an artiste’s soul here in India. The organisers need to step it up and make artistes feel safe,”  he says.

In a music scene severely mangled by the pandemic, where live shows have dwindled considerably, many feel it is imperative that an artiste, before a gig, should research the venue and the kind of audience that generally visits it. Then there is the matter of clarity on the nature of the performance itself.

“There needs to be clear communication from the organiser on the kind of music that is going to be played at their venue. You cannot expect the audiences to be okay if you play DJ nights three or four days of a week and then suddenly have a live rock night on a weekday. So, cost cutting on things like marketing or promoting an event might be very small details that organisers think are ripe for saving up on, but these little details play a very imp­ortant part on the day of the live show,” adds Hukmani.

Nitin Arora, entertainment specialist and MD, Katalyst Entertainment, feels that organisers are responsible for providing the artiste security and also act as a bridge between her and the audience, to minimise chances of any unpleasant incident at during or after the show.

“Small things, like making a stage on a platform, so that you cut off audience access on to the stage, or stationing a few bouncers there. If you get five-six bouncers around a stage, 90 per cent of this won’t be a problem. So, it has to be organisers’ responsibility to make their artiste feel safe,” he adds.

Vincent, a pioneer of international concert production in India, with over 25 years of experience, feels a set of demands and requirements help art­istes, regardless of their fame and stature, in establishing a few “ground rules” before their performance, and help them steer clear of any disturbance. “I feel it is very important to even have a line put on an email or something like that, where you as a musician keep a checklist of your demands,” he says, explaining the importance of a tech rider.

A tech rider, Vincent says, not only helps art­istes seem professional in their work, but also helps them, legally speaking, to expect acc­ountability from the event organisers. “It could even be a beverage or a certain kind of sound equipment. But what happens with that is that the organiser will immediately take these things ser­iously and, more importantly, you as an artiste,” says Vincent. “By law, they are bound to that, because the contract says that the organiser will take care of your dem­ands, whatever they may be, to provide a conducive environment for you to perform in,” he adds. The concert producer thinks up a host of unpleasant scenarios: “Forget a bar fight, or a scuffle. What happens if the singer gets an electric shock from the mic? Who will be res­ponsible? That is why you need documentation, and that’s the only way you can go through with this,” he says.

Such a phalanx of precautionary steps can certainly obviate undesirable happenings at a live act. Whether they can gradually inculcate respect towards musicians amongst a section of Indian audiences is another question altogether.