NCB’s methods are under the scanner as experts punch holes in ‘panchnama’, arrest memo. 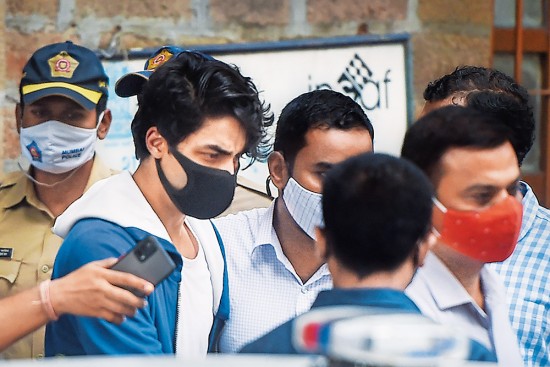 On October 2, the Narcotics Control Bureau (NCB) announced that it had raided a cruise ship in Mumbai and recovered party drugs from several people, including Aryan Khan, son of Shah Rukh Khan. Since then, the spotlight has shone incessantly on Aryan, with the NCB releasing details of his alleged history of drug abuse and his “connection” with international drugs traffickers.

The jury may still be out on Aryan, one of the eight people initially arrested in the high-profile case, but several legal experts Outlook spoke to expressed doubts over the NCB’s ‘case’, especially the ‘panch­nama’—the rec­ord of observation by two independent people, and hence an important legal document. Also under a cloud are the purported WhatsApp messages the NCB has cited to link Aryan to an drugs cartel.