The patient, brilliantly orchestrated tempo of Sardar Udham, with the Jallianwala Bagh massacre at its emotional centre, is an experience bound to be etched on the viewer’s mind 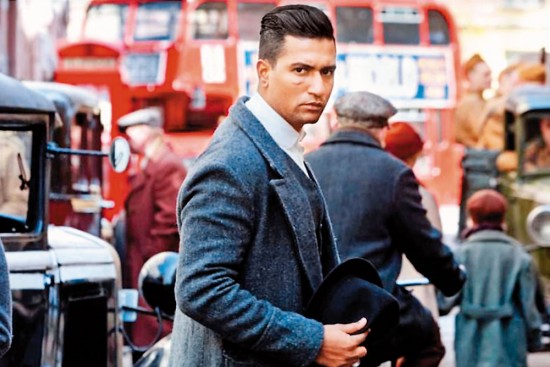 Shoojit Sircar’s Sardar Udham ends with the beginning of the story it sets out to tell—the massacre at Jallianwala Bagh on April 13, 1919 and how it transforms the young Udham Singh overnight. We are given the det­er­mined revolutionary’s famous act of revenge on the former governor of Punjab, Michael O’Dwyer, on March 13, 1940, 27 minutes into the film; the rest of its 135 minutes is a slow unfolding of the intervening two decades of Singh’s life—inh­abiting a string of fake identities and doing odd jobs across continents—a tortuously long preparation for that one moment of patriotic validation.

Torture was also an essential tool to get his story out of him in prison in London—we are not spared that. Just as we are not spared the sheer brutality of Jallianwala Bagh: for 30 minutes, in fact, we are immersed in it. For those of us familiar with Attenborough’s Gandhi, the first 12 of those 30 minutes is a déjà vu of sorts, but where Attenborough ends the four-minute massacre sequence, with Gandhi surveying the bloodied ‘bagh’ with infinite pain etched on his face, underscored with a mournful shehnai playing in the background (the same Ravi Shankar score would be used again in the Partition sequence later in the film), Sircar is relentless and unforgiving in his depiction of the violence perpetrated on a peaceful group of protestors by Gen Reginald Dyer (Andrew Havill), with the tacit support of Michael O’Dwyer (Shaun Scott). Bloody and gory is what it was, and that’s what we get. In good measure. But what stands out even more is the next 18 of those 30 minutes—Udham coming to the scene of massacre too late, but with superhuman eff­ort trying to salvage as much of the living from the dead as he can, in the dead of night, hurricane in hand, and carting them away in random piles to the nearest home. It’s a sequence the viewer won’t ever forget…how on earth could Udham, having experienced it himself?

Sircar’s film incorporates the defining friendship of Bhagat Singh and Udham, but doesn’t give the former much screen space.

Swain listens to this with sympathy and asks: “Is there anything I can do for you?” “Tell people I was a revolutionary,” Udham Singh rep­lies. The subtle change in their relationship—from a British intelligence officer hell-bent on extracting information from a stubborn Indian prisoner who just won’t give it to him to that of two men standing on two sides of the colonial divide trying to understand each other’s point of view (a patriot ‘protesting’ against imperialism and dreaming of freedom and an instrument of a government and an empire doing his ‘duty’)—is one of the most memorable aspects of the film.

It is reminiscent of Rang de Basanti—of the (fictitious) British officer in India in charge of Bhagat Singh and his associates in prison, and his moral dilemma when faced with the sheer heroism of the revolutionaries. But Rakesh Omprakash Mehra’s was a fast-paced, dramatic film-within-a-film, juxtaposing two eras of India’s history, the point of which was to highlight the inevitable abuse of power by those who wield it (be it an oppressive colonial government or a democratically elected postcolonial one). This ‘contemporary take’ on the story of the Punjab revolutionaries led by the charismatic Bhagat Singh was memorable by far than most of the Bhagat Singh biopics—a subject that caught the fancy of filmmakers at one point (with the lead played by as diverse a set of actors as Ajay Devgn, Bobby Deol and Gurdas Mann).

Sircar’s film incorporates the defining friendship of Bhagat Singh (Amol Parashar) and Udham Singh (their scenes, surprisingly, are the only light moments in the film), but doesn’t give the former much screen space—as if desirous of not taking any chances of shifting the spotlight from the latter. The few scenes Udham has with British Communist Eileen Palmer (Kirsty Averton) and his love interest in Punjab (Banita Sandhu)—the one representing solidarity, the other romance—also somehow only serve to heighten the utter loneliness of his life and mission.

Vicky is 100 per cent believable in the character he portrays, thereby adding a revolutionary to his acting CV.

Vicky Kaushal as Udham Singh shines in every frame. In an interview with Anupama Chopra, he is all humility about landing the role in place of Irrfan Khan: “Every shot I give, every take I give, will be a dedication to Irrfan…and I really hope that I am at least one per cent of what he could have done,” he said. I have no expert comments to offer on the comparison with Irrfan, but I did find Vicky 100 per cent believable in the character he portrays, thereby adding an Indian revolutionary to his acting CV, after having played both a Pakistani (Raazi) and an Indian soldier (Uri), admirably bringing to bear on these roles different shades of heroism and valour.

I may be a minority in this, but while watching the film, I was most reminded of Bose: The Forgotten Hero—Shyam Benegal’s sweeping epic of the final five years of Netaji’s life, when he tried to achieve the impossible feat of ushering in freedom from British rule by collaborating/aligning with Britain’s enemies during the Second World War. The killing of a single British official and trying to bring an empire to its knees are not the same things, granted—the point of the comparison being, rather, the circuitous route required for both to reach the intended goal and the stupendous patience and courage involved to accomplish it. Both also involved the strategy of mobilising forces outside India to bring in change and guarantee its political freedom within it.

A century has elapsed since Jallianwala Bagh, but as the end-credits of the film remind us, “India is yet to receive an official apology from the British Government for the...massacre.” Jallianwala Bagh, however, continues to live—as event, metaphor, memory (to borrow the historian Shahid Amin’s groundbreaking interpretation of the incident at Chauri Chaura in February 1922 that had brought Gandhi’s non-cooperation movement to a sudden halt).

You may visit the Jallianwala Bagh memorial in Amritsar, just a walking distance from the Gol­den Temple; read the latest books on the subject by Kim Wagner, Kishwar Desai, Nonica Dutta or Anita Anand; hear family stories han­ded down over several generations; or vicariously experience it through this film. Take your pick.

(Rituparna Roy is an academic and writer based in Calcutta)