The Magic of 'Family Man' Srikant Tiwari In OTT 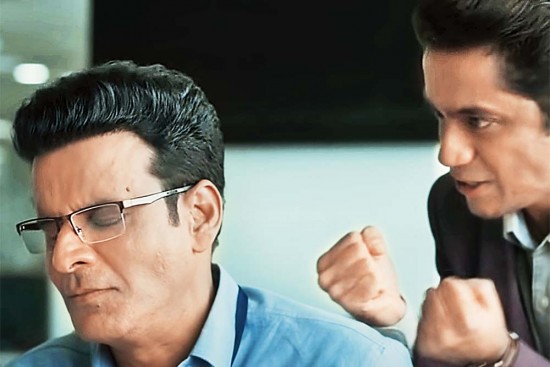 “Don’t be a minimum guy!” This was an advice given to Srikant Tiwari and boy was he so far from one! Some stories are interesting at the idea stage; they become even better when put down on paper, but when the right actors are cast to bring those words to life, they get elevated. And that’s what Manoj Bajpayee did—breathed life into the character of Srikant Tiwari. The sheer range of emotions, passion and ­vulnerability Bajpayee infused into this character is galvanic. He turned Srikant Tiwari into your next-door neighbour you’d never suspect of being an undercover spy.

In Season 1, the one facet I and our creators Raj and DK were excited to explore was Bajpayee’s comedy chops. He had thus far been associated with intense, angst-ridden characters, so the biggest challenge and opportunity was to leverage both his comic timing and the intense action. Like always, he delivered with immense flair—his deadpan humour and incredible ­timing, melded together, created the soul of Srikant Tiwari. A versatile actor, Bajpayee has the ability to get into the ­character’s skin—he literally transforms himself physically for every role, making the viewing experience visceral. The sensitivity with which he portrays Srikant’s constant battle to find harmony between personal and professional life is so ­intensely relatable—while the exterior is calm, the tension is bubbling under the surface, tightly coiled and never overtly expressed, but look closely and you see it in an oblique glance, a slight downturn of the lip. Bajpayee’s biggest achievement as Srikant is he manages to humanise a spy. He perfectly balances ferocity and subtlety.