Up Close And Personal: Saif Ali Khan Opens Up About His Life And Craft

"I’m not on social media because it is distracting. We’re anyway addicted to our phones. Also, I find it very disingenuous to share my life with people. You get trapped in it," says Saif Ali Khan 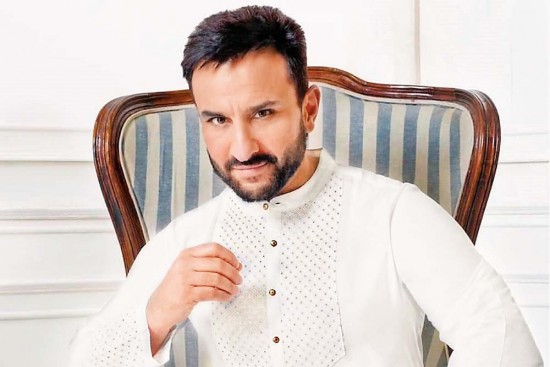 Saif Ali Khan talks to Eshita Bhargava about his recent and forthcoming releases, his keeping away from social media, his journey as an actor and much more. Excerpts:

Playing Vibhooti in Bhoot Police: Bhoot Police is a film about a couple of conmen who don’t agree with each other. During one of their escapades, they get the fright of their lives, and realise there’s more to it than what they thought. It’s a comedy where things are not as they look. It’s a story about belief, and is one of the best scripts I’ve read. My character is a quiet and good guy who turns opportunist and evil at times, a bit of a swine, but also a hero. Exploring a character with so many shades was a good experience.

Memorable moments on set: The first day’s shoot was a mess because inexplicably, I got tongue tied. Then, at Dharamshala, I got sick every day while driving to location. One night, Taimur threw up and got us worried. If it wasn’t for the love of cinema, I’d have stopped.

Tell us about Adipurush, and if it’s not too early, about Vikram Vedha: Adipurush is the most famous antagonist in the history of Indian literature and religion. It feels wonderful to be part of the story that I’ve read as a kid. I’ve never portrayed such a role before. In Vikram Vedha, I play a tough, heroic, idealistic cop who is intelligent and knows his drill. I’m excited to work with Hrithik Roshan.

Bunty Aur Babli 2 and your association with Rani and Yashraj: Working with Rani [Mukherjee] again is nostalgic and sweet. I wanted to play a small-town guy as I’ve never done that, and it reunited me with Yashraj Films, where I started my career.

There have been tough times, a lot of ups and downs but you have to find strength to keep going and give your best.

On staying away from social media: I do Google myself a lot to see what’s going on. I like reading reviews of films, as I learn from some of them and try to improve.

I’m not on social media because it is distracting. We’re anyway addicted to our phones. Also, I find it very disingenuous to share my life with people. You get trapped in it.

It gives me great satisfaction to prove people wrong. I’m still curious and excited to learn new things, including acting.

How do you choose scripts nowadays?: I try to find if there’s drama in a new script I’m reading. If there’s an interesting situation—what the character is doing, the problems he’s facing—I say yes.

How important is the box office?: It’s very important. This is ultimately a business. I like doing both OTT and theatrical releases, which are very different. Ideally, you’d do something specifically for OTT, like Sacred Games. However, the effort is the same.

As Sean Penn said, “Both are a pain in the arse.” You get more time to work up a theme on a web series. Also, you can show certain things on the web, but not in films.

People don’t mention you when they talk about the Khans of Bollywood: Not bothered at all. And why should it? My outlook is different. I don’t think like any of them. I’m happy being me. It’s just a common last name. We’re different people with different priorities, perspectives, ideas about cinema.

(This appeared in the print edition as "Not Quite a Khan")