Time for this ace director to rediscover himself 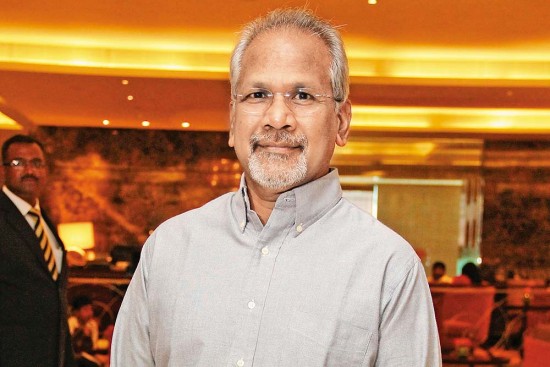 Ahead of the OTT release of the short film anthology Navarasa that he had mentored, Mani Ratnam had remarked that he sees himself turning a producer-mentor from a director after this experience. The truth is the world would again like to see Mani Ratnam in his much acclaimed avatar of a storyteller just for one reason—he had brought aesthetics to emotions, action and even songs in Indian cinema.

Call it the handiwork of his technicians, but under Mani they operated in a different zone—from Santosh Sivan to A.R. Rahman. He also culled out the untapped dimensions of actors—like ­Madhubala in Roja or Aishwarya Rai in Iruvar, or the surprise choice of Bharatanatyam dancer Leela Samson ­portraying an Alzheimer patient in Oh Kaadhal Kanmani (OKK). Even when Kamal Haasan and ­Rajinikanth joined hands with him, the Mani stamp was unmissable.

Mani Ratnam’s step over to Bollywood might have gained him a wider audience, but it did little to sharpen his cinematic abilities. His return to Tamil cinema with OKK showed he was the king of romance, but his two subsequent films—­Kaatru Veliyidai (another romance that flopped) and Chekka Chivantha Vaanam (a passable ­gangster film)—failed to live up his ­cinematic and box-office credentials.

So when he announced that his next project would be the Tamil ­literary classic Ponniyin Selvan, set in the Chola era, it excited both literary and movie fans. That he picked a magnum opus whose celluloid ­interpretation had defied both MGR and ­Kamal Haasan only ­demonstrated Mani Ratnam’s commitment to good cinema. ­Unfortunately for him, the pandemic ­intervened and the project got delayed and was subsequently split into two parts. As filming halted, Mani used the interregnum to try his hand in the OTT sphere, which many experts feel could become the first stop for cinema in future since audience trust in ­theatres would take a while to return.

For film fans, a Mani Ratnam ­curated show landing at their homes only ­heightened their curiosity and ­expectations. “OTT gives you the ­flexibility and time to tell a story. This concept of one film for each emotion was apt for the OTT ­platform,” he had told Outlook. Unfortunately, Navarasa failed to excite or impress viewers and critics alike in spite of the huge hype given by Netflix. The deft touches he brings to his films were sorely absent in spite of Mani himself penning two stories.

“The choice of stories could have been better. There are numerous short story gems in Tamil that would have fitted into the emotional landscape of Navarasa—like Payasam in the present edition. Instead, in this anthology you have only vague narratives, some of them even left incomplete. Only if he comes out of the image trap that had been built around him by a section of the media and his so-called intellectual fans, Mani Ratnam will be able to find his feet back,” observed film critic ‘Blue Sattai’ Maran.

Mani Ratnam had hoped that his brand name would be sufficient to sell Navarasa along with its altruistic intent—all actors and technicians had worked for free, so the earnings will go to cine workers affected by the pandemic. But the same OTT had changed the formula of film viewing over the past two years—audiences had gotten used to solid storylines and believable performances. The star value did not matter—either for actors or directors.

After that OTT mishap, a lot now rides on Ponniyin Selvan and Mani Ratnam needs to overcome the production constraints, due to the pandemic, with brisk storytelling and picturising the grand vista that the novel affords. As Mani had told Outlook: “The magic of cinema on the big screen, seeing someone so larger than life playing hero and fulfilling a wish, will not go away at all. It will always be there.” Now he has to make Ponniyin Selvan live up to that. The film has a lot of stars playing kings, queens and generals. But what has to click is Mani Ratnam as the ‘soothradhari’. Both cinema and the big screen want Mani Ratnam to succeed.