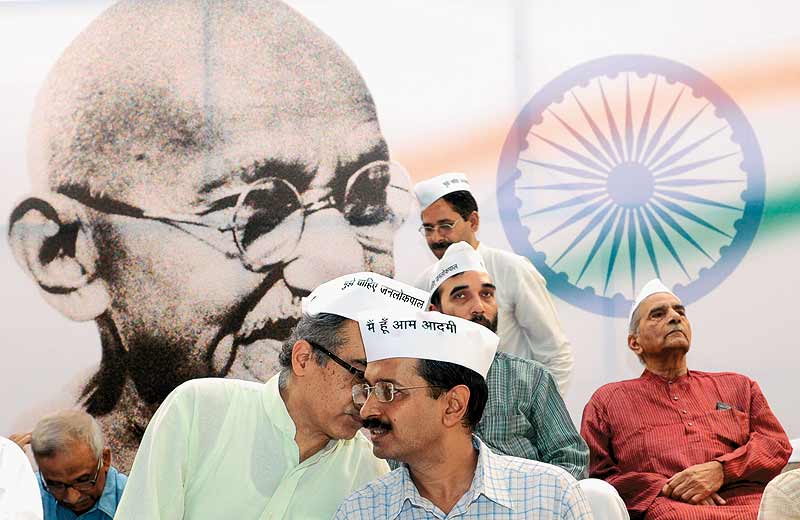 Anna Hazare may not be part of the proposed political party that is yet to emerge from the womb of what was an unprecedented movement against corruption. The questions he has raised, however, must be answered. Not just because they are his questions; he being the symbol of probity in public life. They need to be answered because these are questions that crores of ordinary Indians, the ANA (Aam Non-political Aadmi), would like to pose. And, quite simply, because they are good questions. The first query is about the very need for a foray into politics. This has been answered by the experience of the Jan Lokpal movement itself. The protesters demanded an independent, effective and strong anti-corruption agency. The political establishment agreed to the principle, both houses of Parliament passed a unanimous resolution and the prime minister wrote to promise that it would happen. Yet nothing happened. As soon as the political class felt that the protests were losing steam, they were back to their old games. Business as usual. I’m not suggesting that the Lokpal Bill is doomed to rot in lawmaking limbo forever. It may still be passed. But its fate will depend not on its rational or moral force; it will depend on the political pressure that the ruling establishment feels.

What befell the Jan Lokpal movement was no different from what has happened to a score of popular movements, including such irrepressible ones as the Narmada Bachao Andolan, the anti-POSCO movement, the anti-nuclear plant agitation and the Mazdoor Kisan Shakti Sangathan. Anyone who tries to effect a fundamental change in any one aspect of our public life will have to take on politics. Medha Patkar and Aruna Roy realised that the only way to get the marginal voices heard was to organise protests and exert pressure, in other words, “do politics”. If politics is about shifting the balance of power in a society, then not resorting to politics is not an option. Politics is the yugdharma of the times we live in.