External Affairs And The Armchair

Modi is set on being the sole articulator of foreign policy. Sushma must bear with him. 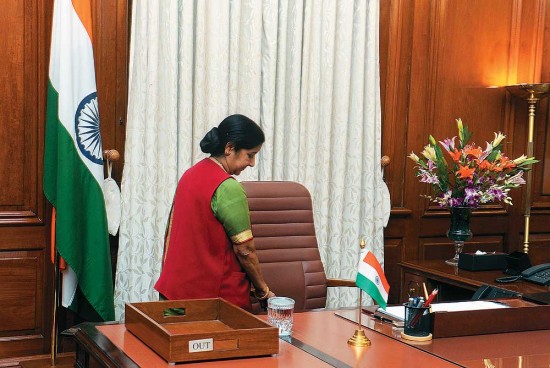 Narendra Modi’s effortless ability to connect with people and strike the memorable pose, in India or abroad, is remarkable. No wonder that his recent visit to Japan produced a series of interesting photographs. In some, the Indian PM is the drummer, in others a wind instrumentalist. In some, he is with small children at a local school, even pulling at the ears of one; in others, he mingles with the crowd at a Kyoto Buddhist temple like any other tourist.

But there is a notable absentee in this  crucial tour, what with India-Japan ties dubbed by the establishment as a most important one. Union foreign minister Sushma Swaraj is now­here to be seen, for she was made to cool her heels in New Delhi while Modi emb­arked on his tour of Japan.