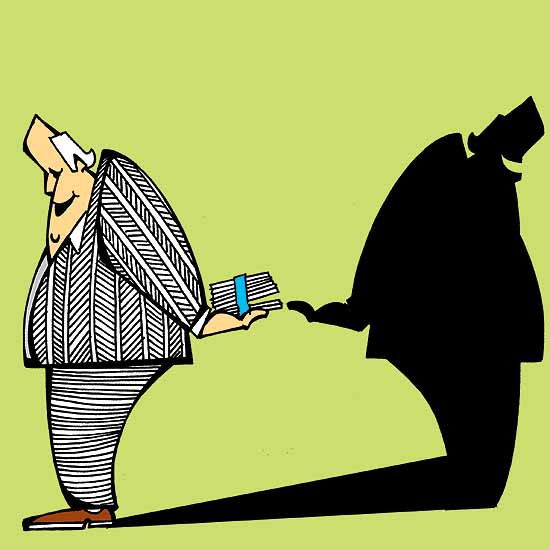 These are leaky days indeed, and not merely in rain-battered Chennai, from where I write. In fact, it has become more than clear that if there is information you think should remain strictly private, you can expect someone totally unrelated to you to go public with it. Sensitive details of one’s life and wealth are no longer private. They are stolen and peddled because there is a huge market for gossip and titillation. In a world that is becoming increasingly risky and combative, any stick is good enough to put the other man down. An aggressive press, nosy neighbours, hounds, sleuths and busybodies of various colours have all become such an inextricable part of our lives that there seems no point in resisting investigation—or, for that matter, inquisitiveness. In essence, we need to protect ourselves by making a large allowance for someone snooping on whatever we do each living day. Our computers and telephones are particularly vulnerable. Deviance from time-worn norms of behaviour can be expensive, and it is indeed expedient for you to be honest. Some cynics would say ethics is only incidental.

This was not the case when I started my public life some four decades ago. It was a sedate ambience in which life was hardly exciting and certainly predictable. Not that there was no dishonesty. There was more than a measure of it, but it was modest in dimensions and innovativeness, if you apply the standards of the scams of our times. The losses caused to the exchequer by Haridas Mundhra in the late 1950s and by Harshad Mehta in the post-reforms ’90s now appear to be peanuts. Opportunities to breach the norms were also limited in those days, and you were content with what you had. Air-conditioners and refrigerators were the rich man’s preserve; the iPad and iPod were never within the realms of imagination of even the most inventive. In essence, life was unexciting, simple and uncomplicated. There was also every incentive to submit yourself to the Ten Commandments, because it enhanced your status in the community, which no longer is the case. As one wag put it, if you have not been raided even once by the income-tax department or the CBI, you are of absolutely no consequence at all.