Far, Far Away In India

From their safe distance, metropolis analysts can play either/or 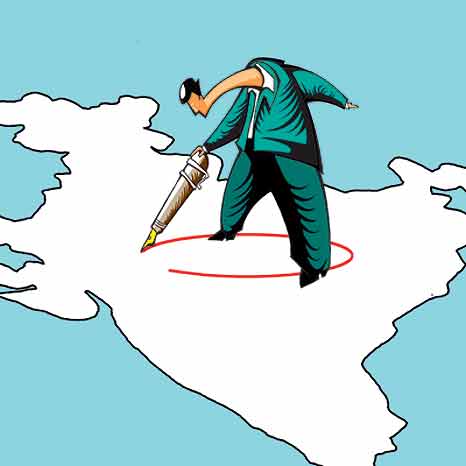 From the outside, it is mesmerising to see India’s national media concentrating on cricket while turning a blind eye, relatively speaking, to earth-shaking episodes at the margins. Over the last month, readers and viewers were served up the Sania-Shoaib betrothal and the IPL controversy. Between these bookends came the Dantewada killing of 76 paramilitary personnel by the Maoists, rapidly sidelined in the deluge of trivia.

Distance from ground reality leads to trivialisation, and in the immensity of what is ‘India’, only cricket and cross-border infiltration seem to have the ability to keep the mass public endlessly in thrall. The Maoist insurgency and the establishment’s increasingly dirty war in response just do not have it in them to sustain interest. It’s important to understand why.