Flailing Rage At A Missing Awadh

Naqvi’s book has value in advance warning, not in its bilious narrative 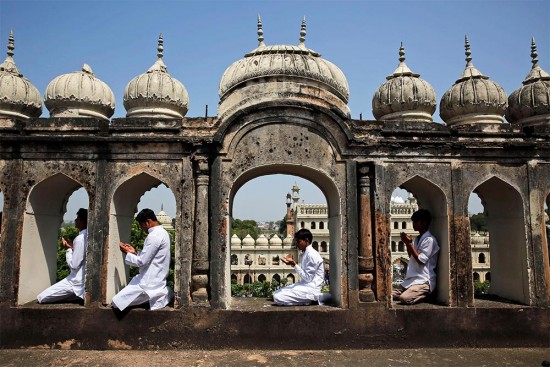 That political journalists are more likely to find themselves on a spiral of cynicism is a truism less acknowledged than the one attributed to ord­inary citizenry. And when the journa­list is a veteran correspondent with over four decades of rep­orting on wars, elections, riots and politics, scepticism, even disenchantment, is inevitable.  However Saeed Naqvi’s Being the Other is not merely a picture of dark disqu­iet; it is a relentless documenting of failures on the part of leaders, the state and virtually all of civil society. And such is his bitterness, such is his aversion to the word ‘secular’ (he prefers  ‘multiculturalism’) that Naqvi goes so far as to say, “Parti­tion, in a way, was the gift the Congr­ess gave to the Hindu right, which in the fullness of time, is today’s Hindutva.” Sparing  none, not even Gandhi, he goes on to declare “...even for Nehru, like all the other leaders, incl­uding the Mahatma, the secular project was negotiable”.

The only solace Naqvi finds is in the past, especially his childhood and youth in Awadh, which he holds up as a cradle of all that was once good and nurturing and harmonious. His “remembering eyes” repeatedly fall back upon scenes from the qasbah of Mustafabad, “that crucible of tolerance”, where his ancestral home still survives among the debris of a “vanished syncretic Hindu-Muslim culture”. A clue to Naqvi’s res­e­ntment lies in what he experien­ced at an early age: “The hypocritical silence adopted in the early years of Partition began to putrefy...and turned into closet communalism.”