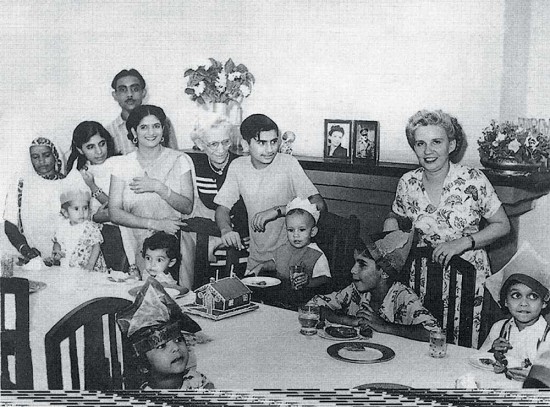 If it is Thursday, and if it is approaching 7 pm, you would most likely find me hovering around the Royal Cafe waiting for the IT College girls to arrive for their weekly coffee and give us layabouts (with plenty of time to spare) a chance, if not to mingle, then at least to feast our eyes, if only for an hour or so, on the second sex. Very few, no one in my circle at least, was actually on talking terms with any of the girls. However, no one could stop us from zeroing in on the table opposite where they sat. We made up imaginary conversations and if per chance one of them looked in our direction for more than 10 seconds, our evening was made. Indeed, several evenings were made.

On days besides Thursday, you would find me busy playing table tennis, also called ping pong. Some of the top players in Lucknow were Muslims: Abrar Alvi, Mansoor Ahmed, Sultan Ahmed, who played barefoot in pyjamas and tight sherwanis. In 1959, I won the UP table tennis championship for the fifth successive year, and if memory serves me right, I was ranked number seven in India in an era which produced Farokh Khodaiji, Gautam Divan, Dilip Sampat, Sudhir Thackersey, Jayant Vohra—all Bombay boys. Uttar Pradesh, in table tennis terms, was then an area of darkness and for that state to have produced a player competing with the best in the country was quite an achievement. In my study, I have displayed proudly the splendid cups and shields I collected, all of which are polished at regular intervals. My mother preserved a file of cuttings, mostly from The Pioneer and National Herald detailing all my victories and a few defeats. However, I can’t seem to find the file.