For Pink And Purple

Gay rights activists must fight alongside to right reproductive wrongs 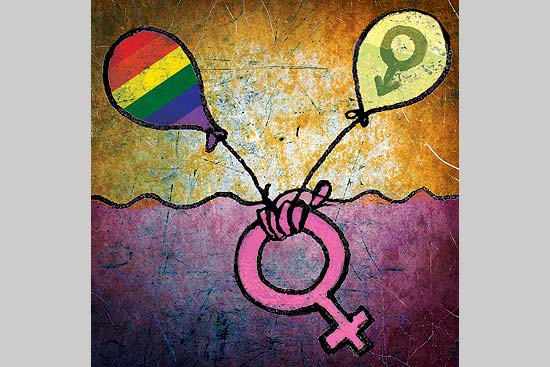 Last month, Ireland’s national referendum gave legal sanction to same-sex marriage, although for the most part this was called ‘gay marriage’ by the media. Now therein hangs a tale. Because everyone has forgotten, in a rush of progressive adrenaline, that last year, a young married woman dentist of Indian origin died of an incomplete abortion in Ireland. Doctors weren’t legally allowed to complete a process that had commenced naturally. How does the sanctioning of same-sex marriage speak to women’s rights around abortion in Ireland, if it does speak to it at all?

Recently, in Ohio in the US, a young unmarried woman, also coincidentally of Indian origin, was jailed for 30 years, for inducing an abortion and also bizarrely for causing the death of her born-alive foetus. More and more states in the US are making abortions difficult, even mandating that women be shown an ultrasound image of their foetus before they decide to terminate their pregnancies. Women have been jailed in several states on suspicion of having induced a termination of pregnancy, even when it has ended naturally. Last year the US Supreme Court also upheld, under the right to religion, the right of employers not to insure their employees for contraception.