Voices in Ahmedabad discuss how Modi, despite posturing himself as a democrat, is not fond of dissent. 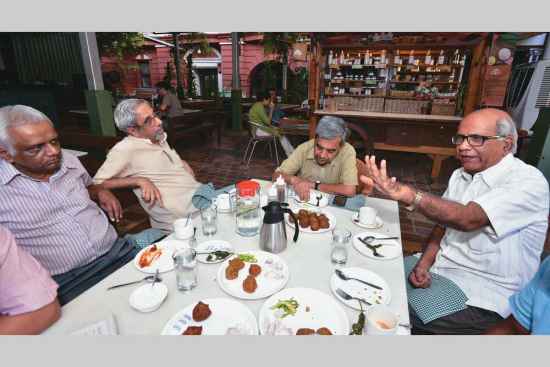 The setting of the sun does little to cool Ahmedabad, baked all day by the summer heat. Neither does the old-world pedestal fan hurling fine cooling droplets at our six participants, locked in animated conversation at the courtyard cafe of the heritage House of MG, in the Lal Darwaja area, the very heart of Ahmedabad, right opposite the iconic Sidi Sayeed mosque, with its rock tracery windows filtering light onto the devout. The House of MG, built in 1924 as the home of a wealthy textile mill owner, is now run as a heritage hotel and restaurant. The city was founded much earlier though: after the 11th century rule of Karandev of the Solanki dyna­sty in the region, and the taking of Gujarat by the Khiljis in the late 13th century, Ahmedabad was established on the banks of the Sabarmati in 1411 by Ahmed Shah.

As we wait for a quorum to fill, young business executive Shridhar Narayan poses a query: “What happened to the Karnavati saga?” The answer, from Rajiv Shah, who saunters in, is: “Gone with the wind!”