‘Gajendra Chauhan Is Not The Right Choice. He Must Resign.’ 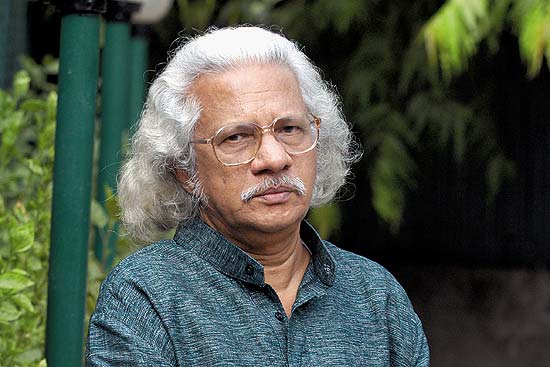 The fight between the striking students of the Film and Television Institute of India (FTII) and Gajendra Chauhan, the small-time actor who has been appointed chairman of its governing council, is getting shriller. The institute has warned students of expulsion if they don’t get back to the classroom. But the students are not relenting; they want Chauhan out. Adoor Gopalakrishnan, a veteran filmmaker who headed the FTII for two terms, tells Namrata Joshi that the students are right. Excerpts from an interview:

Are you worried about what’s happening at FTII?

Yes, I am anxious about the situation. It should be settled as soon as possible. Cordial atmosphere should be restored and politics should be kept out of it. All that students are asking for is the appointment of someone they can trust. It's not just the chairman, they are agitating against the appointment of some other members of the FTII society as well. Unfortunately they are being treated like green-horns. FTII is not like any other institution. The students here come from different walks of life from all over the country after having gained considerable experience of life and living. They are not raw from colleges. The Institute’s upper age limit for admission is kept at 45 years to not leave out genuine aspirants. They (students) are clear about what they expect from the institution. Naturally, they are upset by the non-serious approach of the decision makers.

There are reports that the government spends Rs 12 lakh on a FTII and only Rs 6 lakh on a medical student. Do you think it would be fair to say that students at the FTII are oversubsidised?

I do not know how authentic the data is. Granting that film education is substantially subsidized, we should not forget that filmmaking itself is a very expensive proposition. How can training in film production be made cheaper? The Patil committee appointed by the Nehru Government found that the quality and content of Indian films were far below world standards and it recommended the setting up of the film institute and other allied institutions like the International Film Festival of India, the Film Finance Corporation, National Film Archive of India etc. All these institutions are run at heavy expense. They cannot be compared with a primary health centre. Are the IITs self financed?

There is also talk of privatising FTII...