That sad fate awaits tennis as the spectre of match-fixing casts its shadow over clay and grass, and robs a glorious sport of its innocence. 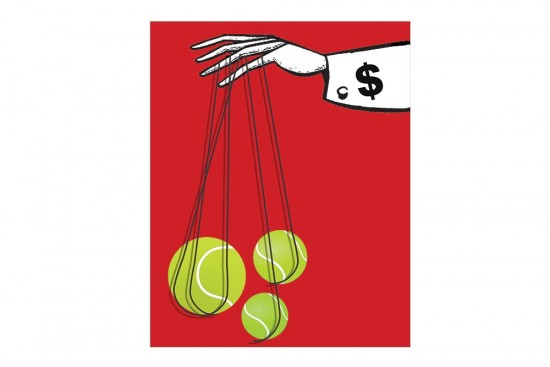 After this magazine revealed “India’s Worst Kept Secret” in 1997, not a wicket could fall or a match be lost (or won) legitimately without somebody or other crying ‘fixed’ even if it weren’t so. That sad fate awaits tennis today as the spectre of match-fixing, long the domain of horse-racing, football and cricket, casts its shadow over clay and grass, and robs a glorious sport of its innocence. The fate of having a cabal of 16 players including Grand Slam winners—many of them millionaires and all ranked in the top 50—being found to be so weak of will as to dilute the trust surrounding the game for some personal profit. Worse, for years to come, we will not be able to watch a player walk off with an injury, double-fault or hear them grunt differently, without wondering if there is more to it than meets the eye. Therein lies the pity.

What match-fixing, as indeed doping in athletics, truly reveals is that no sport, howsoever noble and above board in its objectives, can overcome the frailties of those who play it and administer it. Tennis, like cricket, will go through the motions of setting up watchdog mechanisms to monitor players and detect foulplay. Committees will be formed, reports will be submitted, solemn pledges will be taken. But as the recent IPL experience in India shows, it is going to be a long, uphill task, one that perhaps may never end, for such is the relentless genius of those dark powers trying to corrupt it from beyond the boundary, often in collusion with those mandated to protect it. When so much greed fuses with ambition, not even the most ardent fan or fittest player can tell whether integrity stands a chance, let alone us spectators who  can only see it all happening from a distance.