Actress, writer, model and athlete, Davis has juggled a lot. She will be in India for the FICCI FLO Film Festival in partnership with her Institute on Gender in Media. 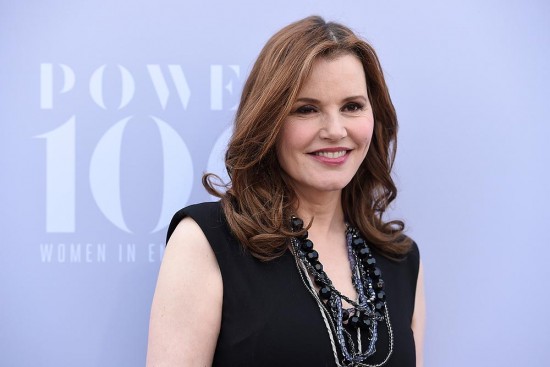 An actor, writer, fashion model and an athlete. Is it easy juggling so many different hats?

I broke into acting as a model in New York. I was never anything like a "supermodel", but I made a living at it for a couple years. I used to be very unathletic. I was always so gangly and self-conscious about my height. I had convinced myself I was uncoordinated. And as a result, I didn't want to try stuff. I didn't want anybody to look at me trying stuff. But then came A League of Their Own. I learned to play baseball and I was like, "Hey wait a second, I'm kind of good at this." After that, I learned a bunch of athletic skills for movies. The shooting coach for Long Kiss Goodnight told me I had a freaky natural ability at pistol shooting. He said I could probably compete if I wanted to. And I was like, that is so awesome. But do I really want it to be pistols? You can't exactly practice at home. Right around then, the Olympics were on television and they had all this coverage of this kid who won at archery. I was thinking, archery is beautiful and dramatic and maybe if I was good at shooting, I could be good at that, too. My assistant found me the Olympic coach — like I said, I take everything too far — and I started training with him. I became obsessed. I practiced around four hours a day. Another thing I realised I loved about sports and competition was that it was about points. It was measurable. It wasn't just somebody's opinion. I'd lived so long being judged by other people's opinions. It felt freeing to leave all that behind. With archery, you either hit the bull's-eye or you don't.