Get Thee A Bookshelf

A sabbatical reading list for the young Congress leader 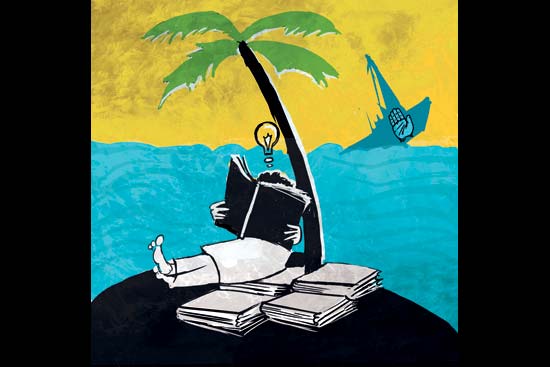 There is an apocryphal story about how the late John Kenneth Galbraith, then US ambassador to India, would gift a pile of books to prime minister Indira Gandhi each time he met her. She finally put the eminent economist in his place by asking him, “Mr Ambassador, do you think I am uneducated?” It goes without saying that one should gift or recommend books with care or else one might be misunderstood.

In 1942, the BBC started one of its longest running radio programmes—Desert Island Discs. It still runs on BBC Radio 4. Famous guests are asked to choose eight pieces of music they would take with themselves if they were castaways on a desert island. They are also asked to choose a book and are usually gifted The Complete Works of Shakes­peare or the Holy Bible. With no access to Rahul Gandhi or the notional island where he is spending his sabbatical, might it be a good idea to imagine the books which might stimulate fruitful introspection? This writer suggests an eclectic selection of four short books.