Our crafts are being reborn in new forms as trendy, high-end products for a global market 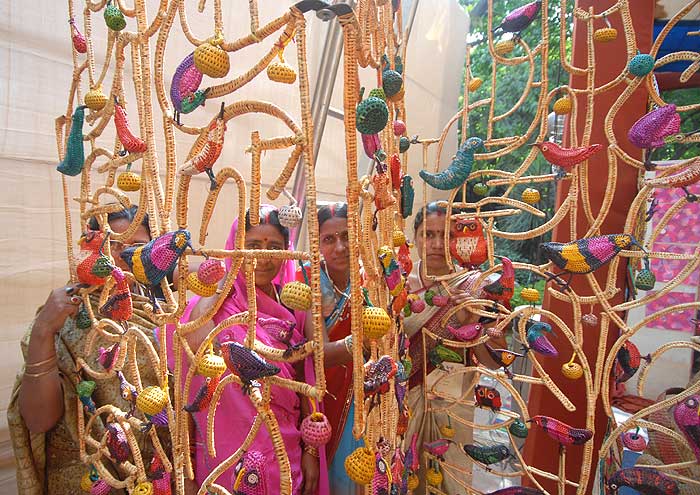 Nazda Khatun remembers that wintry night, the chill made worse by the pouring rain, when Amitra Sudan Saha braved the weather to make it to her doorstep. She asked him, “Do guests ever come this late?” But when Saha, a crafts designer with an organisation she had never heard of, called the Asian Heritage Foundation (AHF), explained why he had tracked her down to the dusty village of Jainagar in Bihar’s Madhubani district, all trespasses were forgiven. Saha had come with an offer, and an opportunity. He wanted to harness her talent for weaving grass in a new direction, in order to revive the dying sikki craft. Earlier this month, hunched on the steps of the World Bank office lawns, 40-year-old Nazda recalls this incident and suddenly bursts into tears. Wiping her glasses, she says, “I had talent in my hands but no income.”

In the seven months since she accepted Saha’s offer, Nazda has spent her days working with 49 other fellow craftswomen from Sitamarhi district in Bihar, using the golden grass called sikki to weave giant screens, colourful room dividers, and tables with turnip-shaped legs. These novel creations are a far cry from the standard baskets the women were used to making, and selling for a pittance. As Krishna Devi sits beneath an elaborate woven screen that shows Hindu gods and goddesses playing a game that seems to resemble snakes-and-ladders, she confides, in a child-like way, “Even in my wildest dreams, I never thought I would have been able to do this.”