Was Emergency Indira’s move alone? Or was she ‘led’ to it? 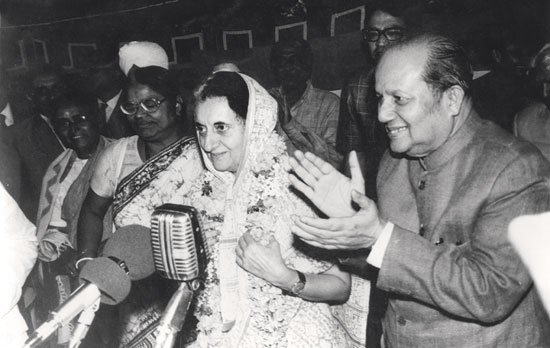 Indira Gandhi’s transition from Durga, the embodiment of feminine power, to the Empress of India, the authoritarian figure who presided over the Emergency, was perhaps inevitable. It must have been hard to resist becoming prisoner to the larger-than-life profile she had acquired after the Bangladesh war. And there was apparently no shortage of people who encouraged her to believe that the national interest and her self-interest were identical. Indeed, on June 18, 1975, six days after the Allahabad High Court ruled against her in the election petition case, the then Congress president, D.K. Barooah, earned himself a place in the history books, declaring, “Indira is India and India is Indira.”

Today, a quarter century after her violent death, fresh evidence would suggest that, in the troubled run-up to the Emergency, Indira was “led” far more than is believed—and not just by son Sanjay Gandhi. There was also the triumvirate, comprising Barooah and two others: West Bengal chief minister, legal expert and childhood playmate Siddhartha Shankar Ray and Bombay Pradesh Congress Committee chief Rajni Patel, the Left-leaning, Cambridge-educated barrister and party fund-raiser, whom she had known since her days in the UK. Barooah was part of the group because of his proximity to Fakhruddin Ali Ahmed (who was from a UP family that migrated to Assam), a close friend of Ray. That she was increasingly relying on this trio for all constitutional/legal advice is well-known, but the extent of its influence is emerging only now.

Goa Election 2022: How Green Was My Valley

The Muslim Equation: In The Crosshairs, At The Crossroads