Goodbye Is Just Another Signal: Let The Shots Flow

Indian skippers have clung on to power, then faded away. Dhoni seeks to join the exceptions—Sachin and Dravid. 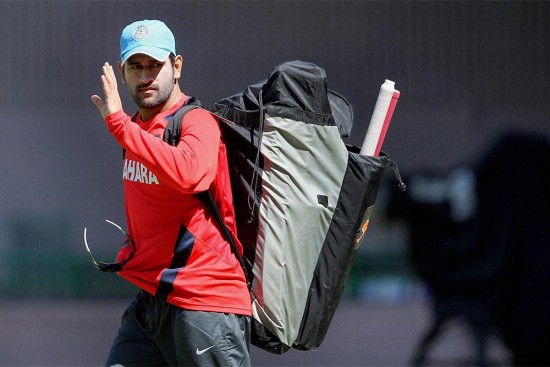 Mahendra Singh Dhoni doesn’t seem to have a truck with measured predictability. The man with ice-cool nerves in boiler-room pressure has always surprised with his dec­isions—both on the cricket turf, and off it. When he announced his retirement from Test cricket mid-ser­ies in Australia, he shocked everyone, including the selectors. He again surprised by quitting the India captaincy in the shorter formats, even though he has been picked as a player for the ongoing ODI and T20 series against England  starting January 15.

It’s rare for an Indian captain to step down gracefully. Even fewer have done so while being at the top of their game. Of the 32 captains in India’s Test history, those who resigned on their own (and on their own terms) can be counted on one’s fingers. The prominent names in recent times are Sunil Gavaskar, Sachin Tendulkar, Rahul Dravid and Anil Kum­ble, who all stepped down due to various reasons. In the last 30 years, India has had 14 Test captains of which Dhoni (a success rate of 45 per cent) and Sourav Ganguly (42.86 per cent) have been the most successful. Although Virat Kohli’s success rate till the end of the England Test series is 63.64 per cent, he has captained in only 22 Tests and is hungry for more wins. Virender Sehwag’s win ratio is 50 per cent, but in only four matches.