Guards At Their Stations 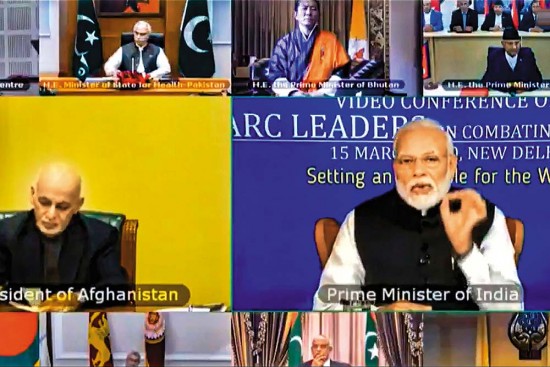 Despite sharing a close geographical and culture space, South Asian neighbours seldom rise above petty rivalries to unite against a common challenge. The trend was broken on March 15 when Narendra Modi took the initiative of bringing together leaders and representatives of the eight-member South Asian Association for Regional Cooperation (SAARC) to develop a common strategy to deal with the outbreak of the COVID-19 virus. At a time of global calls for segregation, Modi’s attempt to bring together countries with problematic, if not hostile, ties was seen as a constructive move in the midst of a confusing and panic- stricken atmosphere.

“We are very heartened when we see this,” World Health Organisation (WHO) spokesperson Margaret Harris told CNN-News 18 TV. She added, “This strong regional initiative is a very positive and welcome step”. Praises for the Indian effort also came from the US and Russia. There are now talks of using the SAARC example among G20 countries.