Haven’t We Met Before?

A Facebook group to bring Kashmiri Muslims, Pandits together catches on 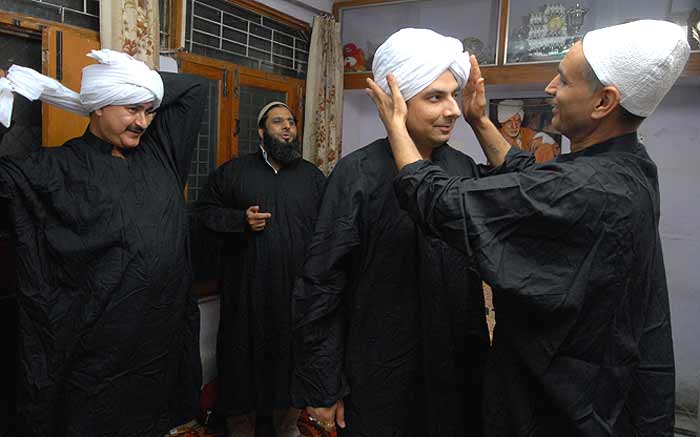 In a film, this might have looked contrived. In real life, it was a moment of unscripted magic. A few Sundays ago, around a table in a crowded room in Delhi’s Lajpat Nagar, sat a couple of dozen people, speaking animatedly. Until a few names were mentioned—Rahul, Sohail, Pradeep, Irfan—it was hard to tell who in that light-eyed, light-skinned, long-nosed crowd was Kashmiri Muslim or Pandit (apart from the odd skullcap-wearer). The talk, in Kashmiri and English, was about conflict, lost identities, shared cultural bonds. As poetic touches gave way to more frank comments, a white-haired man, a Pandit, struck a wry note, asking what use Sufi traditions had been when Pandits had fled in fear from the Kashmir Valley in 1990. A Muslim stood up agitatedly, and it seemed the moderators might have work to do. But before they could intervene, a flute did. As a Kashmiri tune, played by a man who had barely spoken, filled the room, tense expressions dissolved into rueful smiles. Civility was restored.

Will it be anti-climactic now to reveal that Facebook enabled this encounter? In the year of Tahrir Square and Anna Hazare, have the political uses of Zuckerberg’s creation lost all power to surprise? Perhaps yes. But consider then the difference between disaffected people drumming up numbers...