Three divergent lines on a graph hold out a political lesson 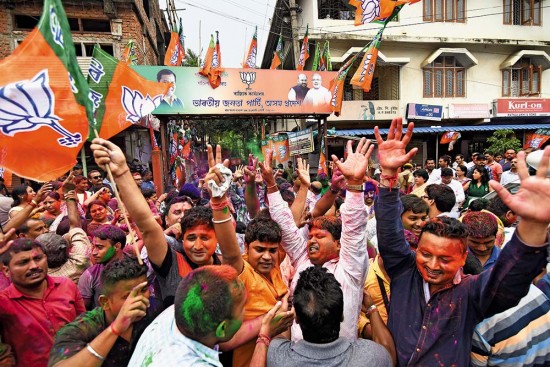 India has had only three national parties in recent times—the BJP, the Congress and the CPI(M). Forget the definitions set by the Election Commission for a minute now. The expression ‘national party’ is here used in a very specific sense—not to represent electability as much as policy engagement, int­ellectual acumen, and the capacity to give strategic direction to a Union government.

The quintet of state elections that concluded on May 19 had little time for these concerns. In all the states, even Assam, which the BJP won, regional and local issues, symbols and instruments of mobilisation prevailed. It was obvious that notwithstanding the Lok Sabha mandate of 2014, the regional moorings of Indian politics remained strong as ever. To succeed, particularly in state elections, even national parties would need to adapt. Thus the CPI(M), for example, is a very different party in West Bengal and in Kerala, as different as the BJP’s campaign in Bihar in 2015 was from its campaign in Assam in 2016. Also, after the recent res­ults, the onus of taking on Narendra Modi in 2019 is on ­regional parties far more than on the Congress. Given this celebration of regional politics, what did May 19 indicate for the three ­national parties?