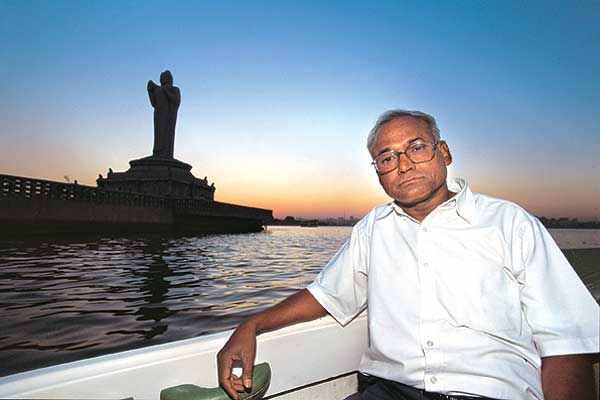 Kancha Ilaiah’s Post-Hindu India should be essential reading for all who get panicky about Mayawati’s brand of Dalit politics. Unlike the bsp supremo’s bid to empower marginalised groups through the levers of electoral democracy by wooing a wider ‘sarvajan samaj’, Ilaiah wants to launch an all-out civil war between Dalit Bahujans and Hindu society. This is an angry, provocative book written by a leading Dalit thinker, who is convinced that Hinduism is the root of all evil in the country. Indeed, virtually every sentence here drips with venom against Hindu society, underlining why we need Mayawati’s social engineering skills to succeed.

Despite the outrageous nature of Ilaiah’s onslaught on Hinduism, it would be unfair and inaccurate to describe him as just a poseur. He is no armchair scholar but a self-made ‘organic’ intellectual who grew up in an impoverished shepherd Kuruma Golla (not Dalit, but poor backward caste) family in the forests of Andhra Pradesh. His mother, who cast a seminal influence on his thinking, was a fierce fighter for his community and was actually killed while battling forest guards. So there is a ring of genuine commitment and passion in whatever Ilaiah says, however confrontational it may be.