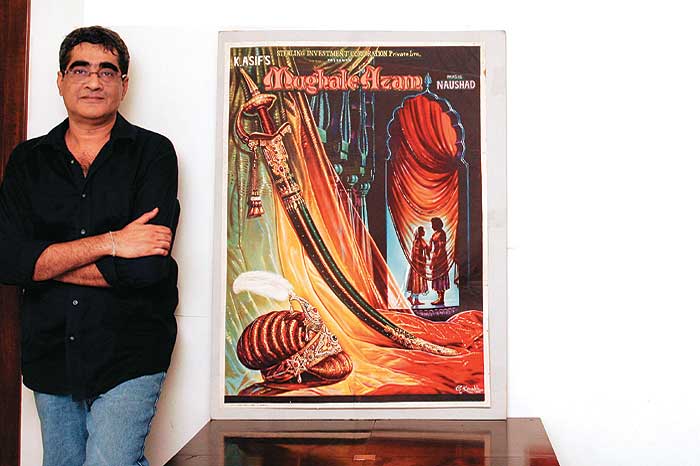 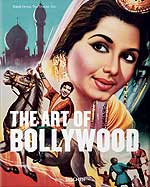 Love affairs are made memorable by their time, place and backdrop. Any Indian film buff with even a passing infatuation with Hindi cinema will remember the first awakening thrill of a film by its publicity—the mega-sized hoardings that erupted at street junctions, the blitz of black-and-white print adverts in newspapers and vivid posters outside theatres and the endless dawdling over lobby cards and song books in cinema foyers and film magazines. Lately, Bollywood poster art has acquired the patina of both cultural cliché and pop art collectible—an over-the-top, lurid image of Indigestible India rather than Incredible India. Since the gradual demise of hand-painted billboards and the transition from paper to vinyl prints to digital technology in the 1990s, there have been a few erratic studies of the social and cultural significance of this art; but it’s been too historically dense and pictorially diverse a subject to take on, given the quantity of films produced since the dawn of silent cinema.

Rajesh Devraj, a 45-year-old screenwriter (author of the cult Tamil western pastiche Quick Gun Murugan) and former creative director of Channel [V] in Mumbai, together with a British film books editor, Paul Duncan, have now produced a lasting memorial in The Art of Bollywood (Taschen, Timeless Books, Delhi; pages: 192; price: Rs 1,800). Accompanied by more than 250 high-resolution images, they tell an absorbing decade-by-decade story since the earliest available colour poster of a silent film (with Shivaji piously bowing before the goddess Bhawani) called Kalyan Khajina in 1924 made by the Maharashtra Film Company of Kolhapur. 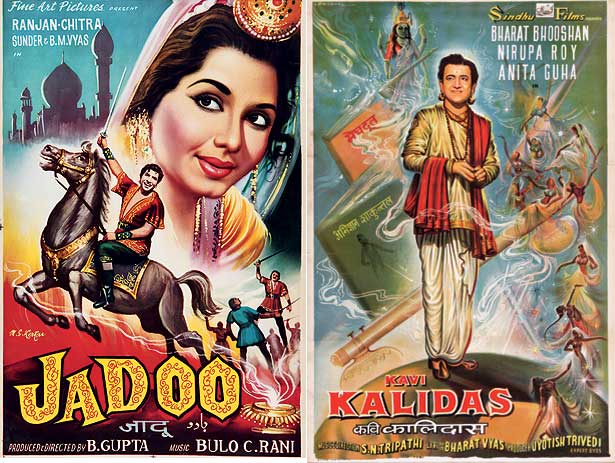