Mysore is jolted by two violent crimes in quick succession: a shooting at a jewellery store that killed one, and the gang-rape of a college student. 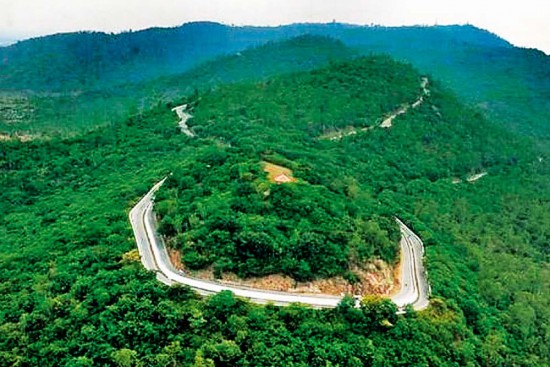 Two violent crimes in quick succession shook Mysore last week. A person was shot dead by robbers at a jewellery store on August 23, and the next day a college student was gang-raped in the secluded foothills of the city’s iconic Chamu­ndi Hill. The turn of events put the ‘city of palaces’—a cultural hub and an unhurried town—in the spotlight. As news of the gang rape made headlines, the state government rushed top officers to the city to head the probe.

Locals point out that the vicinity of Chamundi Hill (in pic)—a popular haunt for youngsters—is a haven for miscreants given to drinking and harassing ­passers-by, and that the city police have been lax about patrolling the area. The place even lacks streetlights.

According to the police, the college student and her male friend were accosted around 7-8 pm by a group of men who demanded Rs 3 lakh. “That’s when this tragic incident happened,” Karnataka police chief Praveen Sood said at a press conference on August 28, after police teams had nabbed five men from neighbouring Tamil Nadu. Police say the suspects, including a driver, a carpenter and an electrical wiring worker, apparently visited Mysore for odd jobs and would “drink and make merry” before heading back home. It is ­suspected that some of them have a criminal record. Among the accused is a juvenile, aged 17, and the police are ­verifying his age.

In the jewellery store case, the Mysore police arrested a gang of six, some of whom had fled to West Bengal, Mumbai, Rajasthan and Jammu & Kashmir after the robbery, which, police said, had been planned by a man from Mysore.