How To Wear A Talisman Lightly

Pranab’s partymen and allies come around to the petrol price hike, but only grudgingly 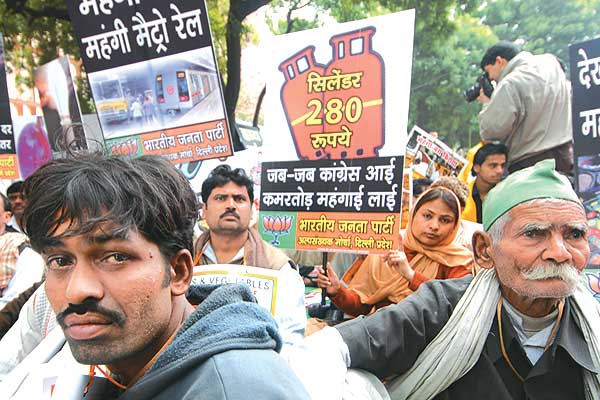 In the run-up to the budget, the Congress Working Committee met on February 5 to discuss the state of the economy, especially rising food prices. At that meeting, Union agriculture minister Sharad Pawar was roundly attacked for mismanaging the food and agriculture sector. But even as food prices topped that day’s agenda, other members, including party general secretary Kesava Rao, warned against hiking prices of petroleum products at a time when the “common man is groaning under the impact of (food) prices...”

So, amidst a noisy Opposition walkout on budget day, aghast Congress MPs tried to figure out the implications of the petrol/diesel hike on the economy—and their political futures. Even a savvy MP like Milind Deora, son of petroleum minister Murli Deora, was so taken aback that he said he didn’t think it was the right time to effect a hike. Today, Milind—like every other Congress MP—is convinced that the government had no option. “No politician wants to raise prices,” he says, “but when the pros and cons of the government’s long-term strategy were explained, we all understood why it has been done.”

Indeed, in the week since the budget, the Congress leadership has worked overtime to defuse the situation. After the PM said on March 2 that his government would not roll back the petroleum price hike, the party’s core committee—of which Congress president Sonia Gandhi is a member—endorsed it. The next day, finance minister Pranab Mukherjee explained the imperatives of the budget to Congress MPs, and later to its allies—the Trinamool Congress and the DMK have been publicly demanding a rollback.

The petrol/diesel hike, the FM said, was the only way he could control the fiscal deficit while...