How We Can Save Their Forests 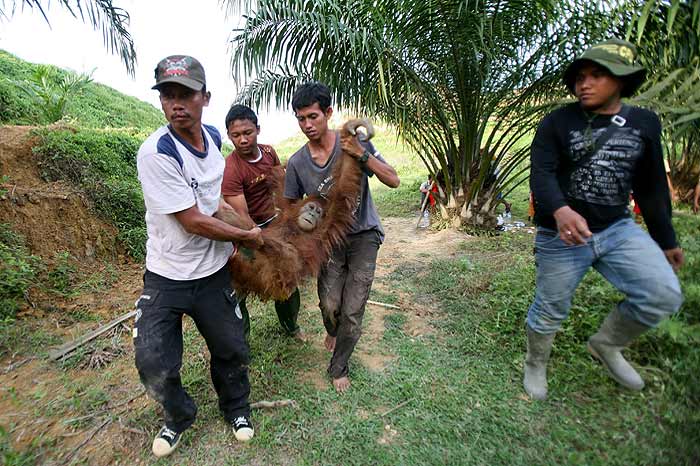 Despite the concerns associated with the Indonesian palm oil industry, Indian firms say import of certified and sustainable palm oil (SPO) is still not viable. “SPO at competitive prices is inaccessible in India due to the lack of infrastructure, which limits our ability to procure it,” Adani-Wilmar, one of the largest importers and sellers of palm oil from Indonesia, said in an e-mail statement. “On the contrary, even the demand for SPO has not been forthcoming in India, even from mncs which are members of the Roundtable on Sustainable Palm Oil (RSPO), due to the premium attached to it,” it added. The RSPO is an international multi-stakeholder organisation that carries out a certification programme for SPO. However, it has many critics who allege that it has achieved little of its lofty goals. Hariansyah Usman, who heads the local wing of the Friends of the Earth in Riau, says firms often use its membership as a cover for their bad practices. “The requirements (as specified by RSPO) are not really implemented on ground,” he says, citing the example of Musim Mas, an RSPO member, still locked in conflict with locals over land in Tambun in Riau.

A spokesperson from ITC Limited, one of the Indian users of imported palm oil, added that its requirements are too little to give it any “bargaining capacity to make a difference to the suppliers”. Poor traceability of where the oil comes from is another defence, with ITC saying no supply chain currently in India can tell where the oil has come from. “For small buyers who do not import directly, it is important that Indian refiners offer palm oil that is RSPO-certified,” the spokesperson added.