In A Hot And Dusty Limbo

A lot of promises. But Hindu refugees from Pakistan still live as Nowhere People. 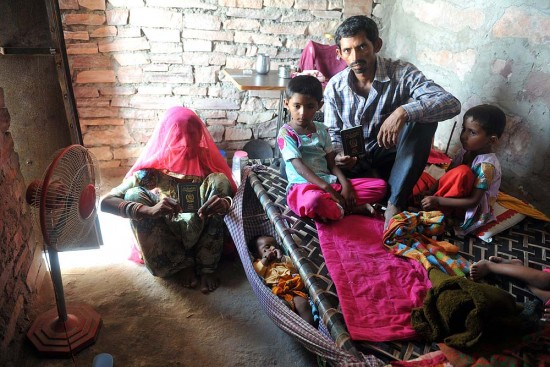 They have been steadily trickling across the international border into Rajasthan and Gujarat and Punjab since Partition. Sincethe 1965 war, they have arrived in spurts after facing hostility. To this day, there are lakhs of them, Hindu migrants from Pakistan, scattered in shabby camps across Rajasthan, Gujarat, Punjab and Madhya Pradesh. To this day, their name is Nowhere People.

Hopes had risen for them during Narendra Modi’s 2014 election campaign—as during many other campaigns before—as the BJP leader promised early Indian citizenship to lakhs of Hindu migrants from Pak­istan. A year into his prime ministership, nothing much has changed in their camps. A task force had indeed been set up by the home ministry to expedite the process of granting them Indian citizenship. There were rep­orts that the UPA government had granted citizenship to about 1,000 Pakistani refugees during its ten years. This June, 4,300 Hindus and Sikhs from Pakistan were reported to have been granted citizenship. Curiously though, in February, the home ministry had said that no more than 289 Pakistani nationals had been given citizenship till February 2015. Outlook travelled to refugee camps in Jodhpur, where many of these migrants live in squalour and with very little hope.