Was Hashimpura a revenge killing? Did Rajiv Gandhi’s PMO ignore the state CID note? A tale of subterfuge. 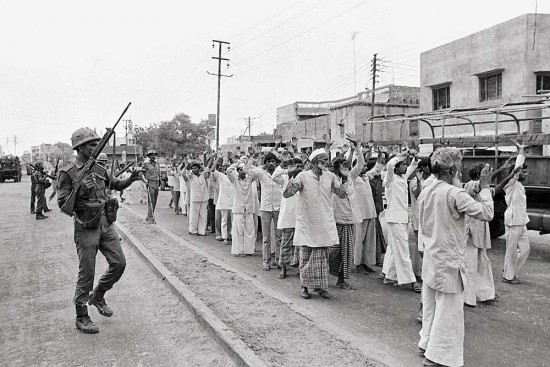 A night before May 22, 1987, when 42 young Muslim men from Hashimpura, a mohalla less than two kilometres away from Meerut city, were murdered in cold blood by men in uniform, another death was registered in the nearby Civil Lines police station. The death was due to a bullet injury, the shots allegedly fired by someone from Hashimpura. Prabhat Kaushik, 23, an RSS worker, died around 9.30 pm sta­nding on the roof of the house of his aunt Shakuntala Kaushik, a feisty BJP leader of her time.

Curiously, less than 14 hours after Prabhat’s death, his elder brother, Major Satish Chandra Kaushik, posted in Meerut, was seen conducting house to house searches in Hashimpura, along with two ot her army officers, Major B.S. Pathania and Colonel P.P. Singh. His brother cremated, he was also seen dr   agging young Muslim men out of their homes and handing them over to the dreaded Provincial Armed Constabulary raised by the Uttar Pradesh police. The chilling aftermath—the biggest custodial killings  in independent India, in which the PAC gunned down 42 men in a cold, calculated and brazen manner—is now a permanent horror of Indian history.