‘In Public Life, You’ve To Get Work Done’

'It is people who have had an education who often don’t know much.' 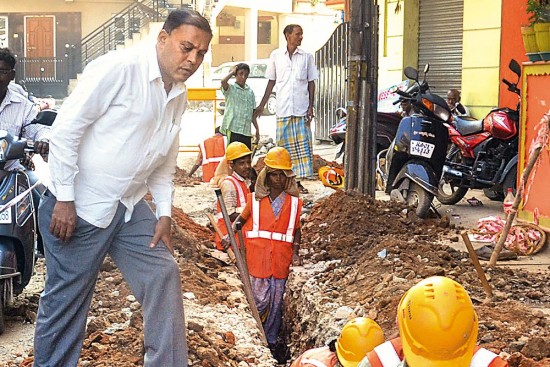 “In public life, you need intelligence, you need to know how to speak to people and how to get work done,” says Chandrappa, a first-time corporator representing Koramangala in Bangalore’s civic body Bruhat Bengaluru Mah­anagara Palike (BBMP). It’s an upmarket locality with posh houses, IT celebrities as residents and is a start-up hub.

Chandrappa speaks three southern languages, some Hindi and little English. His economic circumstances prevented him from completing school. He reckons a law barring non-mat­riculates from contesting, such as in Haryana, is not right. “First of all, everybody has to get an education, isn’t it?” Chandrappa asks, pointing out that a majority of women who stand for local elections are housewives who may not have completed school. Besides, as he puts it, it is people who have had an education who often don’t know much. A random scan of the details of 84 corporators (out of a total of 198 BBMP seats) showed that 14 of them were not matriculates.